House guests, or as we say in the South, Company 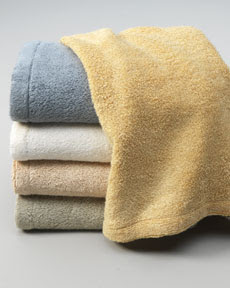 Mr. T&C and I have enjoyed hosting company the past two weekends.  Our first guests were up from Florida to attend the Clemson football game.  The Mom, a Clemson alum, and her two teenage daughters, and their two platonic friends, who happen to be great friends with Big and Middle, arrived late Friday.  All four boys went to school together beginning at age three.  It was chilly, and it rained and rained and rained.  Nevertheless, we are a hearty crowd, and although we would have preferred sunny and crisp, bright days, we had a great time in overcast and damp, chilly ones.   Mr. T&C and I have had a lot of guests in our marriage, so I was prepared.  For the boys, we set up a bunkroom in the playroom.  In our old house, we could sleep seven (besides ourselves) in beds; here it's only four, so we have Aerobeds.  They work great--it is worth the money to get this brand.  They do not leak; they do not squeak.  Also important, lots of towels, fluffy and soft.  I used to use only white towels, but I recently bought some lovely pale seagreen/blue ones and some buff ones, too, at Marshall's.  Really lovely.  I also keep a few dark washcloths around for removing mascara and lipstick. 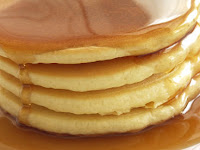 When you have teenagers, you have to have a lot of food, and you have to expect some vegetarians and some less adventurous eaters.  For breakfast, we offered milk, cranberry juice, and orange juice with Cheerios, Frosted Flakes, granola, Instant Breakfast, yogurt, and toast with a selection of spreads.  Eggs and bacon cooked to order.  The second morning, we made pancakes with sliced bananas, if desired, syrup and butter.  For dinner, we had a salad, garlic bread, and two big pans of baked spaghetti--one traditional and one meatless white sauce version.  I know spaghetti is not exactly a thrill to anyone who likes to cook, but, believe me, every bit was eaten.  Other good things to have when it is raining and you have teenagers and the football game is over are chocolate chip cookies and card games.  And milk.  Buy more than you need, because--trust me--you're going to need it.
Labels: air mattresses company guests hospitality rain towels