It began with The House on East 88th Street 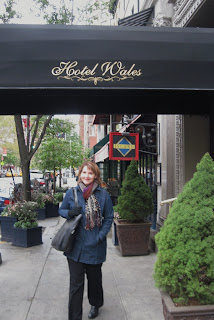 I think that I began to fall in love with Manhattan when I was in kindergarten. That was about the time Mr. and Mrs. Primm moved into the house on East 88th Street and just before lunch discovered that their new home came complete with a crocodile, Lyle.  Bernard Waber penned the children's classic The House on East Eighty-eighth Street in 1962, which actually was a few years before I headed off to nursery school, but I so enjoyed that book and the subsequent Lyle books, and part of their charm was their Upper East Side setting.  Soon after I was beguiled by Kay Thompson's mischievous Eloise, who lived in a hotel, of all things!  Clearly, New York was some kind of place.  My literary affair with the City continued with Stuart Little, Harriet the Spy, and From the Mixed-up Files of Mrs. Basil E. Frankweiler, which first introduced me to the Metropolitan Museum of Art.  On and on I read and dreamed about going to New York City in such books as A Tree Grows in Brooklyn, Bonfire of the Vanities, and dozens of other less memorable stories.  New York, however, was never in the family vacation plans.  So, I marveled at the Badlands and the Tetons and the wildlife of Yellowstone, and planned and prayed about how I would get to New York.  And then, when I was able to make and afford my own travel plans, there were bills, and love, and babies, and furniture, and in-laws, and work, but, at last, the time came, and I expect it will come again and again.  New York was the New York I had imagined as a five-year-old, and that was mighty exhilarating.  So, bear with me, or skim, or skip, but I'm going to revisit our NYC trip in my next few posts. 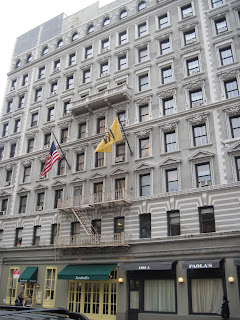 Mr T&C and I and Big, Middle, and Little arrived at LaGuardia late Wednesday afternoon to a chilly but sunny New York.  Our shuttle driver sped through Queens to Manhattan, horn blaring, while I unabashedly gawked out the window.  After several stops on the West Side, we pulled up in front of Hotel Wales at the corner of Madison and East 92nd Street.  The hotel was charming.  It opened in 1900 and has operated continuously as a hotel all those years.  A few photos of our suite are below.  We were on the top floor, with a view of the Jackie Kennedy Onassis Reservoir at Central Park.   We settled in and freshened up, and then headed out for dinner in our Carnegie Hill neighborhood, finally deciding on Three Guys, a diner with a family friendly vibe.  We were all so excited to be in New York, even Mr. T&C, who has been at least a half dozen times.  Of course, he'd never been so close to the house on East 88th Street. 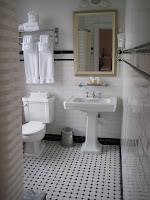 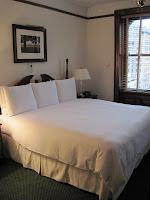