Let's All Go to the Lobby

Mr. T&C and I had our first real date in November 1993, when we saw Tim Burton's Nightmare Before Christmas.  After Mr. T&C made sure that we had great seats, he politely excused himself, and returned in a few minutes with a tub of popcorn and soft drinks.  He then pulled a packet of peanut M&Ms out of his shirt pocket and poured them into the popcorn.  I had been brought up under the instruction that going to the movies was treat enough; refreshments were overpriced distractions. As you might imagine, a spontaneous offering of popcorn sprinkled with candy was--well, let's just say, things looked promising. 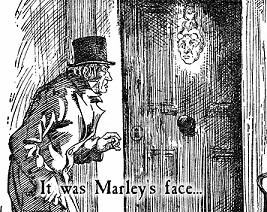 Sixteen years later, another November night, and the Mister and I decided to see another Christmas movie (albeit a bit early in the season), so we headed to the only locally owned theatre in Greenville for A Christmas Carol.  It was well done--true to the story.  The computer animation was exceptional; certain scenes of London were lovely.  But.  Why did it have to be 3D?  The glasses are kind of a pain, and even though in certain places the 3D effects were quite good, I can't get past knowing that it's not 3D.  I feel the same way about pop-up books.  Sometimes they're kind of clever, but what's important--to me, anyway--is the story.  So, I didn't love this version of A Christmas Carol, although I do love the book and I think the George C. Scott version on film is pretty wonderfully made. 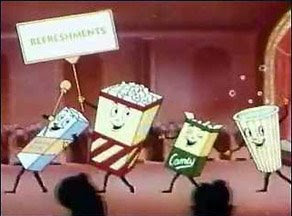 Don't worry, we still got popcorn.  Just no M&Ms.