Tidings of Comfort and Joy 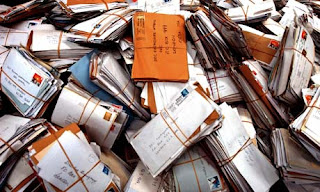 We received our first Christmas card today.  It's almost guaranteed that the first card of the season will come from this particular family, and it always makes us laugh.  For one thing, the younger son in this family is an amateur cartoonist, and his parents have always let him create an original design, which they then have printed.  He's 18 now, and shows some promise, but some of the early cards were just, well, awful, and also awfully funny.  He's always been a really witty kid, and his cards generally poke fun at his parents decorating for Christmas.  His older brother sings, and this year, the card includes a cd titled, "Elvis 2009."  I promise we will not make you listen to it, if you're at our house in the next few weeks.  Unless it's really good--you never know. 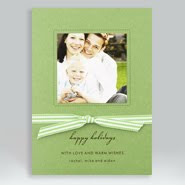 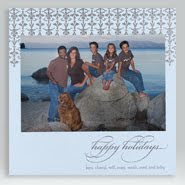 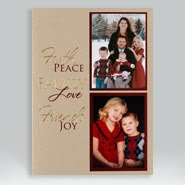 We so enjoy receiving cards each year.  I know it's an expensive endeavor--postage alone is costly.  But still, even in the world of social networking and emails, I think it's a tradition worth keeping.  I ordered our Christmas cards online a few nights ago from Shutterfly.com.  I had a coupon for free shipping, and I got 25 cards free, so I think I did well.  A good friend took the photo we're using.  I liked the card choices Shutterfly offered because you can write your own text on the inside.  I found out today that Costco also offers a great selection of online cards (a few are shown above), which can be ordered and then printed and picked up at your local Costco.  I really need to always check Costco first.  I'll be there Thursday or Friday picking up pecans and shrimp as well as the usual routine items. 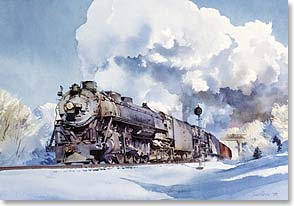 In my growing-up family, my father always did the Christmas cards.  That was the tradition.  He always chose a wintry scene of a train, and he ordered them by mail from the Leanin' Tree Company.  Dad has sent "train cards" as he calls them for years and years.  I began receiving them in 1987, and I have saved them all.  When my paternal grandmother died, I discovered that she had saved them for years as well, and that she even had the first card my father had sent when he was in the Navy in 1956, I believe.  I added her collection to my own, and I pull them out each Christmas.  They are bundled together and tied with a gold satin ribbon.  Sometime during the season, I always take a few minutes to read through them.  Dad's perfect penmanship is unchanged, only the signatures vary from that of a single son to a young married couple to that of one with children to empty nesters.

If you send holiday cards, address a couple to Holiday Mail for Heroes, and drop them in the mailbox before Monday, December 7.  The American Red Cross and Pitney Bowes are teaming up again this year to deliver as many good wishes as possible to those serving in the U.S. Military all over the world.  For details, visit http://www.redcross.org/