Faithful friends who are dear to us

One of my children’s favorite books when they were young was That’s Good! That’s Bad! by Margery Cuyler.  Throughout the book, the young protagonist faces a number of terrifying circumstances with fierce animals, and time after time when it appears that disaster is imminent, the danger becomes the escape.  The refrain alternates between “Oh, that’s good. No, that’s bad." and “Oh, that’s bad.  No, that’s good.”  It’s a fun way for children to begin to learn that things aren’t always what they seem. 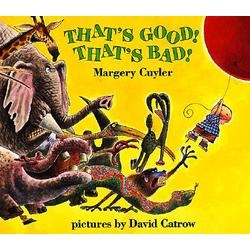 Saturday unfolded in a similar fashion, culminating with a stomach ailment for Middle, and, honestly, that was just plain bad, but by then I was so ready for our annual “Singing Santa” House Party that--despite the ups and downs--my spirit was merry and bright.   The Singing Santa House Party is something our family looks forward to each year. 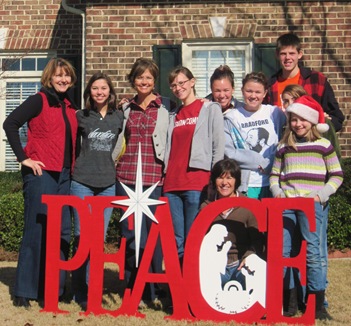 For the past four Decembers, we have gathered at the Claus home for a great visit.  It started with a two-hour drive north for an overnight get-away to celebrate my birthday with friends we have loved for a long time.  After dinner, Mr. T&C suggested we take a drive and look at the neighborhood Christmas lights.   Keeping in mind that this is the South, we bundled up and piled in the back of Mr. Claus’s fancy pick-up truck.  And what a time we had!  Of course, we sang Christmas carols, and all six adults and nine children knew that we had hit upon a new tradition.  Well, the Clauses had moved back to the Carolinas from Texas only a year or so earlier, and when they were in Texas they knew someone who dressed as Santa and spread Christmas cheer in a custom sleigh.  So, the next year found us again in the back of the truck, but Mr. Claus was “in uniform,” so to speak, and Mrs. Claus had whipped up some treats for us to share with the neighborhood children.  The following year, the Clauses transformed a yard cart into a sleigh with a sound system, and Mr. Claus was sporting a fancier suit. 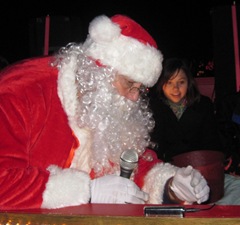 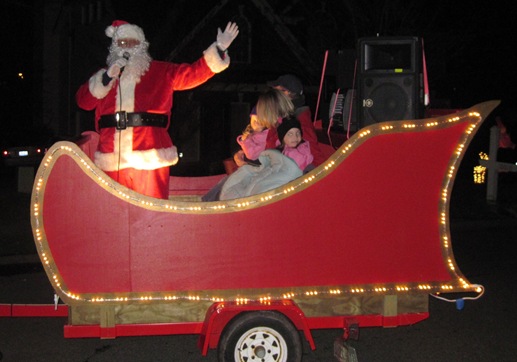 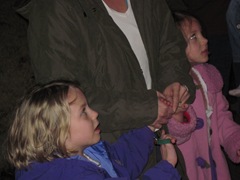 These two cherubs have come out of their warm houses to see Santa! 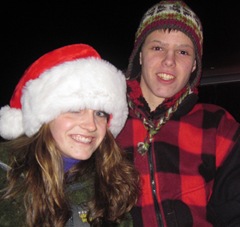 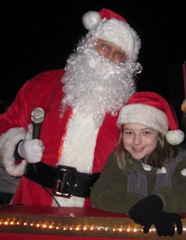 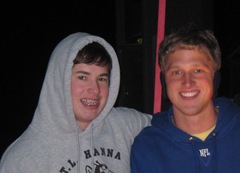 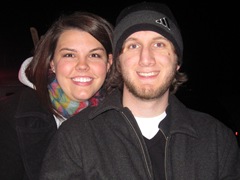 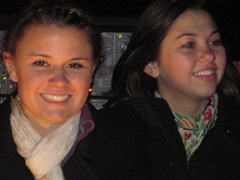 Some of the good boys and girls along for the ride!
The local newspaper featured the Clauses in a sweet story, and if I’m not mistaken, the Clauses and the Elves were invited to visit other neighborhoods, which, of course, they did.  So, this year, another wonderful family of longtime friends joined us, driving more than two hours to take part in one of our favorite traditions.
We arrived around four on Sunday afternoon.  Altogether we were 21 this year; we were delighted to bring Lovely Girlfriend with us, and some Fine Young Men were invited as well.  The 14 children ranged from fifth grade to graduate school students, so to get the ice broken, they worked together on making Christmas tree ornaments depicting the nativity with felt, toothpicks, and lima beans and black-eyed peas! 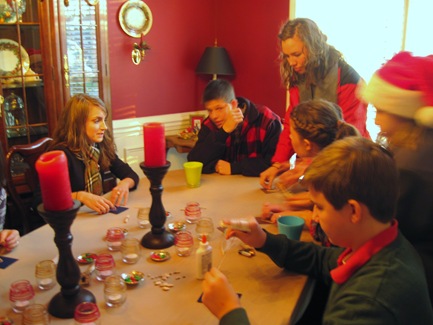 Mr. and Mrs. Claus and Mrs. Elf had prepared an early supper of barbecue sliders, baked beans, coleslaw, sweet tea, coffee, and pound cake.  Of course, there were appetizers galore as well.  About six, we set off with a full sleigh under clear, cold skies.    After caroling throughout the vast neighborhoods, we went to the Elves’ beautiful home for a bonfire and s’mores.  The real treat, though, was unhurried conversation with dear, dear friends.
After a long winter’s nap, Mr. T&C and I awoke to ham biscuits and fresh orange and grapefruit slices and lot of good coffee, too. 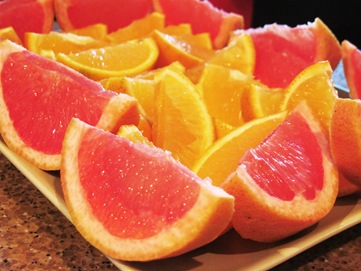 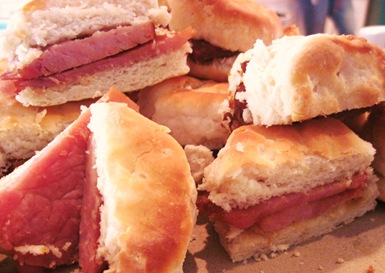 And so the weekend came to a close.  Oh, that’s bad. No, that’s good!  I have a whole year to be thankful and to look forward to our next time together.  Thank you Santa and Mrs. Claus and Mr.and Mrs. Elf for your gracious hospitality!
Labels: holidays hospitality