The Sweet Smell of Success

Just a few days ago, I was lucky enough to find a delightful new blog to read, Beyond the Blue Ridge by VA Girl.  Please pay her a call, I think she’s a terrific addition!  One of her passions is perfume, and she already has several interesting posts on fragrance, which got me to thinking about my favorite perfume, Laila.  Have you ever heard of it? 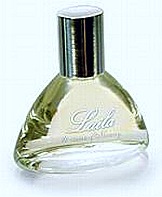 I found it when Mr. T&C worked for the Walt Disney Company.  We were visiting the Norway pavilion at Epcot for some event, when I chanced upon Laila and fell in love with its fresh, clean scent.  Described as the “essence of Norway,” Laila is the first perfume to be created in Norway, and is even featured on Norway’s official U.S. website Norway.org.

Laila was not created by a traditional perfume house, but rather by a man named Geir Ness, who was trying his hand at acting in California.  He was offered some work modeling for Calvin Klein fragrances, and, according to the Laila website, he was asked if his native Norway produced any perfumes, and, if not, why didn’t he do something about that.   Reminded of hours spent with his mother collecting wildflowers, Ness decided that fragrance would be his new career.   You can read the rest of the story of Laila on the company’s website, but, my favorite parts are:

1.  Ness named his perfume Laila (pronounced Lila) for his mother, without her knowing about it, even using her signature for the product logo.

2. After the chemists and perfumers mixed the various oils of the native mountain wildflowers, Ness took samples to everyone he knew (and many he didn’t) to get their opinions.  Something, it seemed, was still lacking.  And, what do you think that missing ingredient turned out to be?  Why, it’s probably the very thing that makes it a favorite of this Southern girl!  Watermelon! 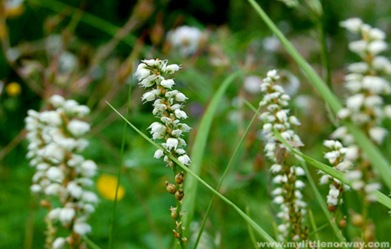 Laila is available at Nordstrom’s, Neiman-Marcus, and, of course, Walt Disney World.   I have not been compensated by any of the above.   Personally, I’d love to purchase my next bottle in Norway!