A few weeks ago, we headed south for Big’s college orientation.  Two days on campus for him—and for us—to figure out what’s what.  Years ago, when I was looking at colleges, the question was often jokingly asked, “How’s the Clemson graduate?” with the reply, “He’s out--standing in his field!”  This was a joke, of course, because Clemson is South Carolina’s land grant institution, and, although, it was originally a military college, it quickly became a top agriculture school.  It still is, actually, renowned for its agriculture and forestry programs, but there is so much more. 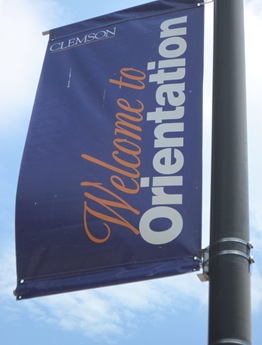 Like most parents, we are proud of our son, but, honestly, I wasn’t too worried about his being accepted to Clemson.  It was his first choice because of its engineering college, and I knew Clemson was steadily climbing the ranks of top universities, presently number 22 (US News and World Report Top Colleges).  Still, I wasn’t really worried.  I mean, it’s Clemson, right?  Ignorance is bliss, as they say.   For this year’s freshman class, there were 17,000 applicants—and 3,000 were accepted!  Sixty-five percent are in-state; 35 percent are out-of-state or international students.  Nine hundred of the 3000 plan to be engineers.  The Mister said, “Son, it’s going to be competitive.”  The son said, “Yessir, it is.” 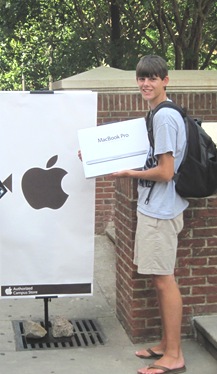 We started with some seminars about college life and about academic success.   We had some break-out sessions for parents of engineering students.  It was during one of these meetings that I said to the Mister, “I feel as if we are standing on the depot platform of Dumbville watching him steam away from us on the train of knowledge.”  Even my illustrations are antiquated! After his engineering student sessions, Big could not wait to pick up his new laptop!  He was beyond excited. 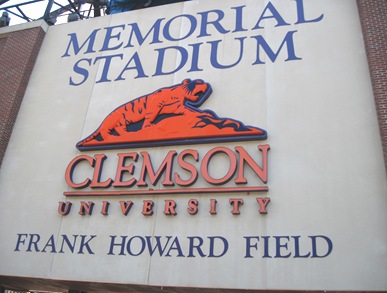 Clemson’s stadium, known as Death Valley, is, of course, a huge draw for most everyone that visits the campus.  Seating 84,000, and overlooking Lake Hartwell and the Blue Ridge mountains, it is an exciting place to be on a fall afternoon.  It was a hot place to be on a July afternoon, but the parents were invited to lunch in the President’s Box. 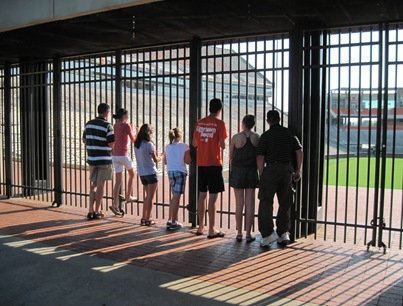 I am looking forward to watching the Tigers play, but mostly I love the tailgating and visiting with friends and family before and after the games!  Here’s the Mister, taking a call before we resumed our schedule of meetings in the Brooks Center. 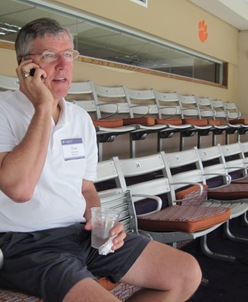 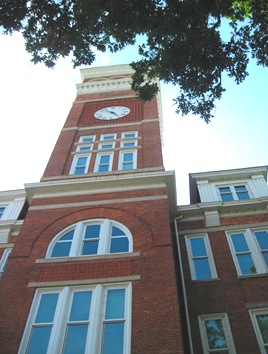 Tillman Hall is the keystone building on the campus, dating from 1889, I think.  It is surrounded by other red brick buildings, trees, and gorgeous landscaping.  There is very limited parking on campus, which makes for a beautiful, walkable park-like setting.  Buses shuttle students pretty much around the clock during the regular school year. 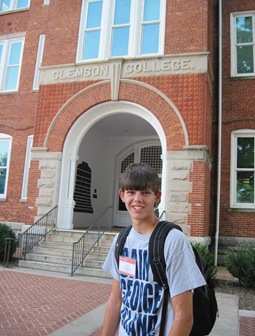 As part of its tradition as a great agriculture school, Clemson is known throughout the region for its locally produced blue cheese and its famous ice cream and milk shakes.  The Mister and I enjoyed a cone on the patio while Big met with his academic advisor. 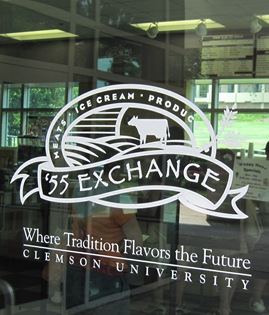 Before heading home, we stopped in a couple of the downtown shops to buys a few souvenirs for Little and Middle.  Judge Keller’s is a must stop for all Clemson visitors.   Big picked up a Clemson Mom and a Clemson Dad decal for the Mister and me. 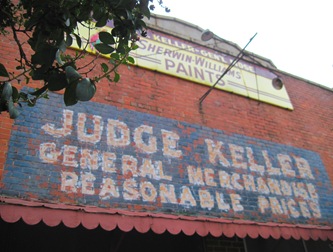 And here we are are with our own college freshman.  Clearly, the Mister is making a statement about tuition with his pose! 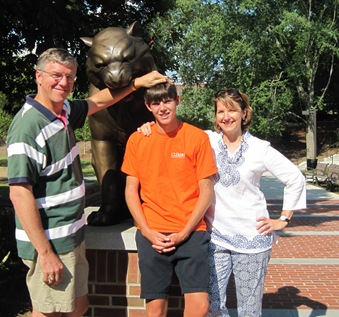