Across a small inlet to the south of Isle of Palms lies Sullivan’s Island, one of my all-time favorite spots.  Unspoiled by any beachside development, Sullivan’s remains pretty much the same as I remember it being when I was a child. 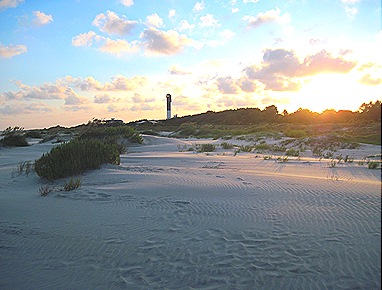 The island has a beautiful, wild-looking beach sprinkled with dunes and golden sea oats.  With a few jaw-dropping exceptions, the houses on  Sullivan’s are real weathered beach houses—the kind where wet bathing suits hang over porch railings, where tiny aluminum foil sculptures stand in for missing Monopoly pieces, where tomato sandwiches are served for lunch  and crab and sweet corn are on the supper table every night.
There is a tiny—and I mean less than a block long—commercial district, which includes some good restaurants,  one of which is Poe’s Tavern.  Based on Son1 and Lovely Girlfriend’s recommendation, we decided to check it out one afternoon.   Named for American author and poet, Edgar Allen Poe, the tavern features some amazing burgers and, as a bow to Poe’s notorious vice, a huge list of beers and ales. 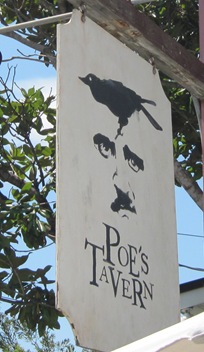 Often cited as the originator of the literary genre of horror, Poe enlisted in the U.S. Army as Edgar Allen Perry in 1827.  He was 18 at the time, and was sent to his post at Fort Moultrie on the southern most tip of Sullivan’s Island.  Poe spent a little more than two years at Fort Moultrie, where he wrote “The Goldbug,” and several other lesser-known short stories.   One of the Mister’s more colorful relatives told the Mister and his cousins that they were all related to Poe.   Hmmmm. 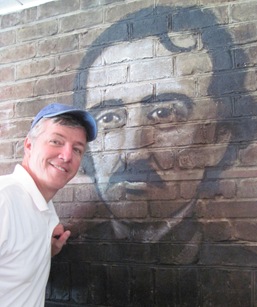 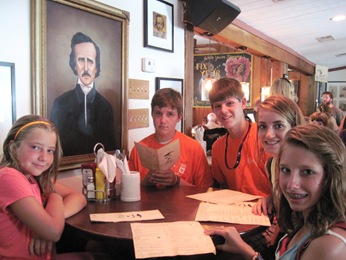 To read more about Edgar Allen Poe’s life on Sullivan’s Island and in Charleston, take a look at the Literary Traveler. 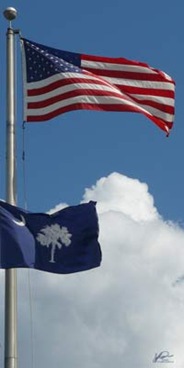 Fort Moultrie, where Poe served, was an active fort through the American Revolution, the Civil War, World War I, and World War II.  The National Park Service has done a wonderful job interpreting the fort’s history through on-site recreations,  a small museum and a film shot by my mother’s cousin, photographer Tom Gray. 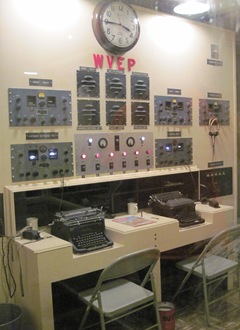 The original fort was built of palmetto logs, which because of their incredibly fibrous trunks turned out to be surprisingly effective in absorbing enemy ammunition. 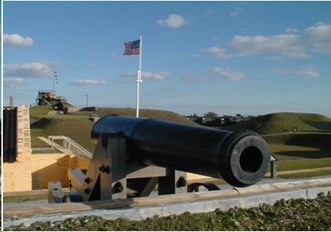 Many who see the South Carolina flag believe that the state symbol is little more than a plug for the state’s lovely beaches with a palm tree and a crescent moon.
In fact, the symbol is the palmetto tree, which represents Colonel Moultrie’s heroic defense of the British fleet on June 28, 1776. 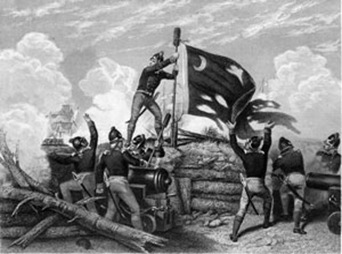 What appears to be a jolly crescent moon is meant to recall a piece of  armor, called a gorget and worn around the neck, hanging from a chain .  Opinions vary as to whether Carolina soldiers actually wore this protection, but most scholars concur that a gorget/crescent was a decorative element on the soldiers’ caps. 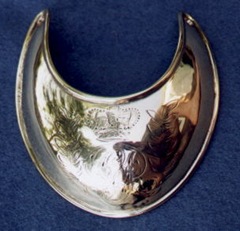 The flag’s ground, which is not quite navy blue, is the color of Moultrie’s men’s uniforms. 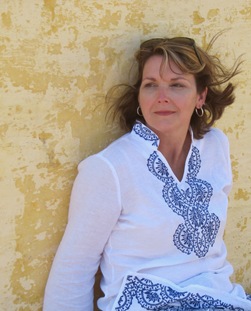 It’s also one of my favorite colors, especially when contrasted with one of the fort’s weathered interior walls. Middle took this photo, and I have to admit I kind of like it.  It’s almost enough to make me forget it was 97 degrees, and that boys (even older ones) can spend a long time exploring forts.