A Drive to Celebrate

A little more than a month ago, the Mister and I celebrated our anniversary by taking a weekday to spend in the mountains, driving along the Blue Ridge Parkway. 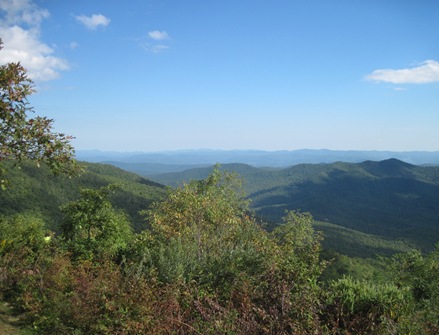 If you live in the southeastern United States, then you are probably familiar with the Parkway, one of the country’s most scenic drives, spanning 469 miles.   Considered “America’s Favorite Drive,”  the commercial-free roadway links the Great Smoky Mountains National Park in North Carolina and the Shenandoah Valley National Park in Virginia . 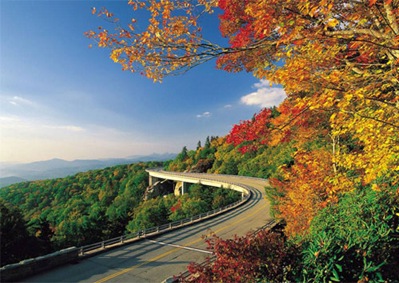 Construction on the Parkway began in September 1935, so 2010 marks the road’s 75th Anniversary.  A project of Roosevelt’s New Deal, the Parkway was severely stalled by World War 2, although some construction continued by conscientious objectors.  By the mid-1950s, the Parkway remained only about half complete, and the National Park Service determined to have the road finished by 1966.  It was not, however, until 1987 when the final 7.7 mile link hugging Grandfather Mountain was finished, that the Parkway was finally complete.
The Mister and I took a short detour from the Parkway to visit the small town of Waynesville, North Carolina, where we had fun browsing in a few antiques shops and people-watching in the cool, mountain air.
Back on the Parkway and ready for lunch, we stopped at the Pisgah Inn.  Located atop Mount Pisgah, and surrounded by the Pisgah National Forest, the Inn offers a tasty lunch and amazing views.  The original Inn opened in 1919, the present lodge and restaurant were built in the 1960s and reflect the architecture and aesthetic of that time.

Interestingly, in 1914 the U.S. Forestry Service actually purchased Mount Pisgah and eighty-thousand (yes, 80,000!) acres from the Vanderbilt family.  Mount Pisgah and the surrounding acreage were originally part of the famed Biltmore Estate, America’s largest home.  Frederick Law Olmstead, the famed landscape architect and creator of Central Park, designed the 125,000 acres surrounding the estate to include this managed forest, which the Vanderbilts then sold. 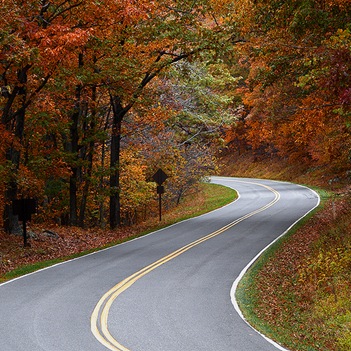 Following lunch at the Inn and a walk around the grounds, we were back in the car, enjoying the drive and the scenic overlooks, as well.  Access points along the Parkway are few and far between, and, blessedly, no commercial traffic of any kind is allowed.  Driving was fun again!
On our way back down the mountain—and off the Parkway—the Mister and I made a quick stop at an orchard in Flat Rock. 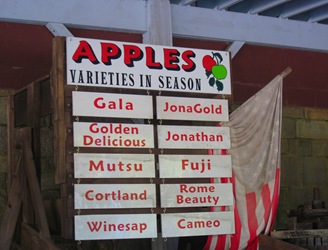 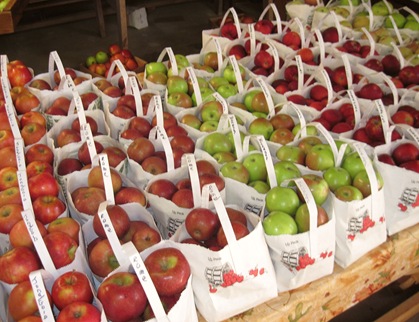 And, so, a Happy Anniversary to the apple of my eye!  And, thanks for a Golden Delicious day!
Labels: travel