After church and a quick change of clothes, the College Boy, Little, and Middle set about to carve their pumpkins.  This year marked the end of an era as it was the first year that we did not all troop out to a local church’s pumpkin patch; instead I found a deal at The Fresh Market earlier in the month, three pumpkins for $10.  And so, the pumpkins have been waiting their fate on the front porch. 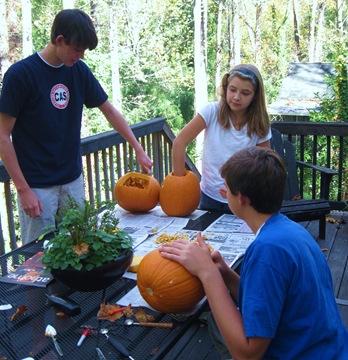 Our first little trick-or-treater was our neighbor from across the street.  Isn’t she a cutie?  I think we were her first stop, and she was well-rehearsed in her “Trick or Treat” and, more important, in her “thank you!” 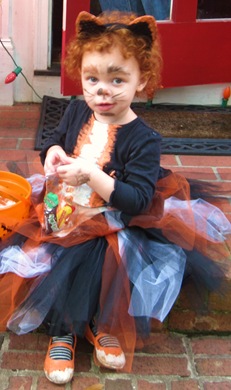 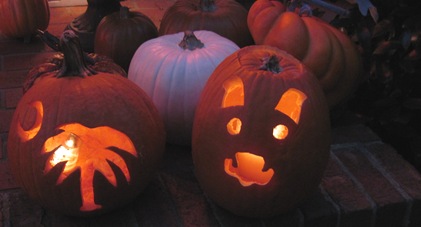 Son1 opted for the Palmetto State symbol for his pumpkin, while Little went for a puppy dog. 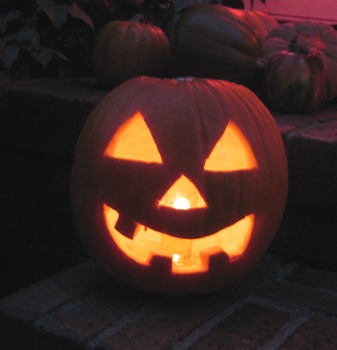 Middle, the traditionalist child, went for the classic Jack O’Lantern. 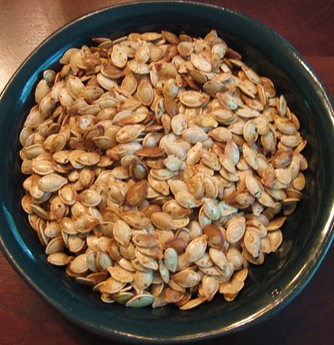 All those pumpkin seeds became a tasty appetizer after they were toasted with garlic, olive oil, coarse salt, and a little paprika. 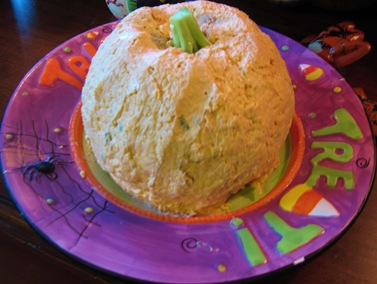 We served a cheddar chive cream cheese spread with crackers and cut vegetables for another starter.  Our main courses, if you could call them that, were meant for fun and for hungry teenagers. 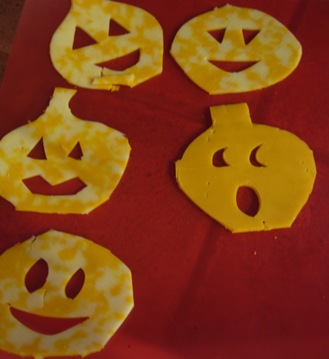 Here are the cheese slices to top my invention of Sloppy Jacks.  I make a slow cooker version of Sloppy Joes, but top them with a cheese Jack O’Lantern for a little Halloween fun. 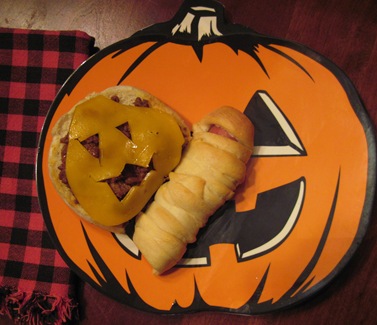 We also served Mummy Dogs, which were a huge hit, along with Cape Cod chips and mixed bean salad with lime dressing.  I’m quite happy with the Melamine Jack O’Lantern plates I found at Target—they were the perfect fun touch. 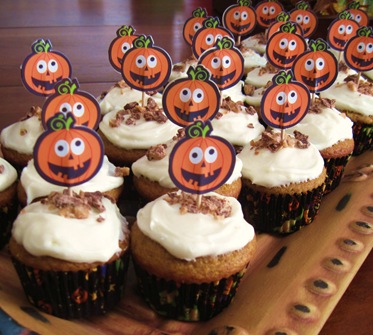 For dessert, I made Ina Garten’s pumpkin cupcakes with maple cream cheese icing and Heath bar topping.   They were wonderful! 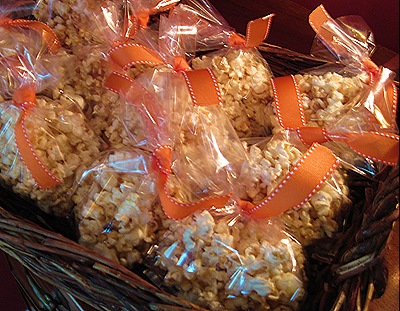 And for guests to take home, we made Miss Pynn's Caramel Corn. 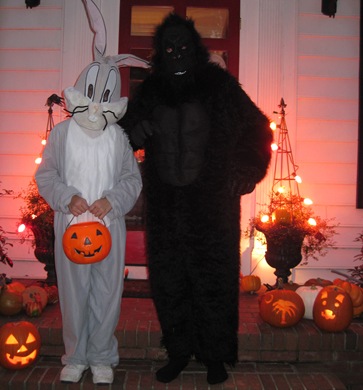 Middle, who did not trick or treat, did win the costume contest at the party he attended.  Little, who did take a turn around the neighborhood, was very happy with her haul!
Th-th-th-that’s all, folks!
Labels: caramel corn cooking crock pot cupcakes Halloween holidays Ina Garten parties party pumpkin cupcakes Sloppy Jacks slow cooker