Aw, but I thought I’d ask you just the same 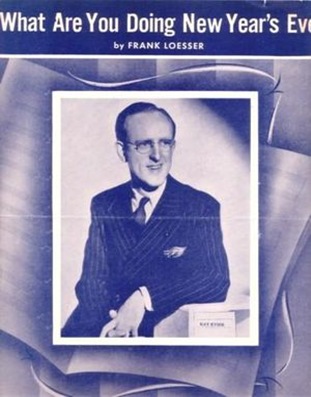 The Mister and I are invited to a casual party this evening, nothing too fancy.  It’s more of a family party and will even include roasting marshmallows in the outdoor fireplace.  I’ve never really been much of a New Year’s reveler, so that suits me fine.  At 12:30 tomorrow morning, I’d rather be cozy between the sheets than three sheets to the wind. 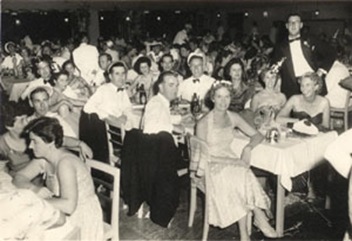 Still, there’s something about that glamour in black and white, isn’t there?
Today will be spent putting away most of our Christmas decorations, and I plan to spend a little quiet time making some resolutions, setting some goals, marking some dates in my Filofax, and, as mundane as it sounds, planning menus.
Tomorrow’s menu, however, is already set—the traditional Southern New Year’s Day dinner.  When I was growing up, my grandparents usually hosted this dinner, and I have to admit it was not my favorite meal.  After all the fine holiday eating, New Year’s Day dinner seemed spartan and, well, almost kind of mean-spirited!  My grandparents insisted on black-eyed peas (yuck), turnip greens (yuck), cornbread (meh), and country ham (okay) and/or fatback (disgusting).  I could hardly wait for the multiple bowl games to begin, in hopes of having some potato chips and French onion dip! 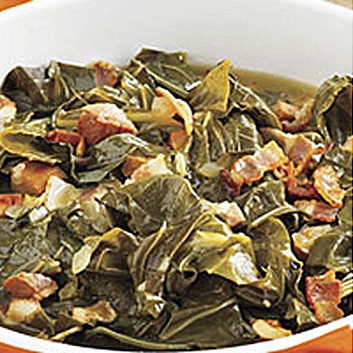 Southern LIving
According to Southern Living magazine, these foods are traditional in the South because they were grown from the only crops left behind by Union troops, who considered them unfit for anything but animal fodder.  Now, I find this a bit of a stretch—from what I’ve read no one was turning away food of any sort during those dark days.  Nevertheless, for those hoping for a New Year of prosperity (and, who isn’t?), this could be the menu for you.  The peas are said to represent coins, the greens symbolize folding money, and the cornbread stands for gold. 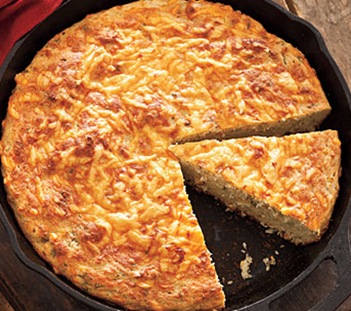 Southern LIving
Admittedly, those still aren’t my all-time favorite foods, but I think tradition and taste can happily co-exist.  And so, our New Year’s Day menu will be Hoppin’ John and rice, pork tenderloin, a little green salad with some grapefruit, and cornbread and biscuits.  For dessert, we’ll finish the leftover sweets that are still lurking about. 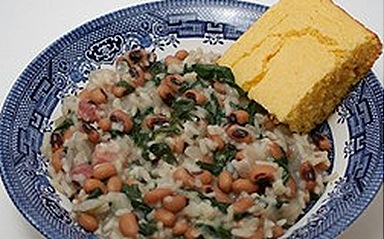 For New Year’s Day, I serve the Hoppin’ John as the main course while the pork is more of a side dish.  There must be at least a thousand ways to prepare Hoppin’ John, and I confess that I have never made it the same way twice, but here’s my basic recipe.
2 cups black-eyed peas or cow peas, cooked (these can be canned, dried, or frozen, which is what I prefer)
2 cups cooked rice (white works best)
1 cup or a little more chicken stock, vegetable stock, or water
3 slices bacon or country ham
1 small onion, chopped
1 small bell pepper, chopped
1 or 2 tsp minced garlic
Mix cooked peas and rice in a medium-sized pot and add the stock.  Heat to a low simmer.  Meanwhile, fry the bacon in a small skillet.  Remove bacon when cooked to desired doneness, and crumble or slice into small bits.  Brown the onion, pepper, and garlic  in the bacon grease.  (Do not cook the onion and pepper until they are limp; this dish is best if they still have a little crunch.)  Add onion mixture to the bean mixture and cook until heated through and the mixture begins to thicken slightly.
Serve with chopped green onions, vinegar, and hot sauce.
Feel free to add chopped celery, other beans (cooked, of course) like pintos or navy or even black beans, for a little more variety.  Some cooks even add a can of drained seasoned, chopped tomatoes, and some add cooked turnip or collard greens, roughly chopped.
No matter how you celebrate this last holiday of 2010 and the first of the coming year, I want to say thank you for reading, for commenting, and for inspiring me this past year.  I wish you all a bright New Year, filled with God’s richest blessings of peace and joy.
Labels: cooking holidays Hoppin' John New Year's Day menu New Year's Eve