The poinsettia is, arguably, the flower of Christmas.  Growing up, I remember my mother always having at least one or two during the holiday season.  For several years, in an effort to force the plants to bloom again in December, she painstakingly followed directions that included keeping the poinsettia in total darkness (also known as my bedroom closet!) for a few weeks.  I don’t remember that her efforts ever paid off with much more than a leggy plant and a spindly flower, which may explain why I haven’t always been a huge fan of the poinsettia. 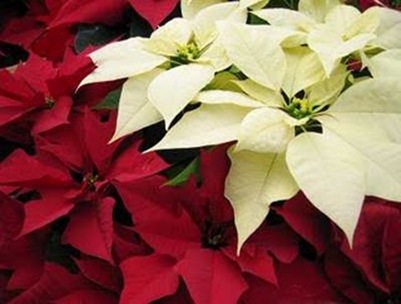 I guess I’m coming around, though, because here in the Upstate of the Carolinas, the poinsettia is a pretty big deal. 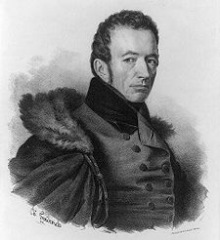 You see, it was Joel Roberts Poinsett (1770-1851),  who had a summer home here that first brought the flower to the United States. 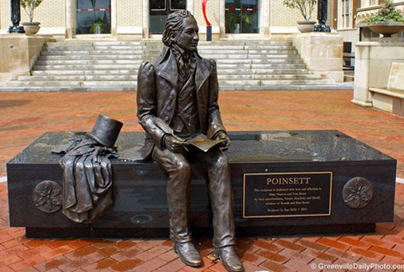 Joel Poinsett sculpture, downtown Greenville, SC
Trained as a physician, Poinsett was a congressman, the Secretary of War under President Martin Van Buren, and a cofounder of the National Institute for the Promotion of Science and the Useful Arts (a forerunner of the Smithsonian Institution). 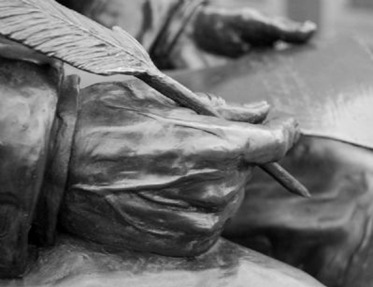 detail
He also served as the first U.S. Minister to Mexico, which is where he studied the native poinsettia and determined to introduce it to South Carolina.  An amateur botanist, Poinsett was successful, and the flower is no longer considered a rare and exotic hothouse bloom.
Poinsett’s legacy lives on in other ways, as well.

Above is the Poinsett Bridge, near Travelers Rest. Built in 1820, the stone bridge was part of a road from Columbia to Saluda Mountain.  Named to the National Register of Historic Places, the bridge is part of a 120 acre preserve. 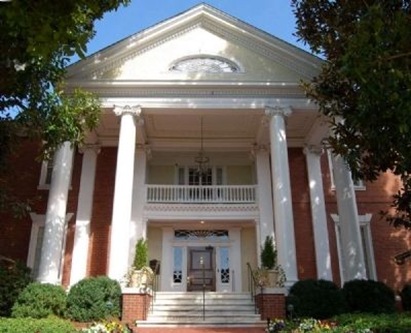 The Poinsett Club is the Upstate’s finest private club, home to the season’s Debutante Ball as well as wedding receptions, private parties, and charity events.  The crab cakes are amazing, and the corn sticks are legendary. 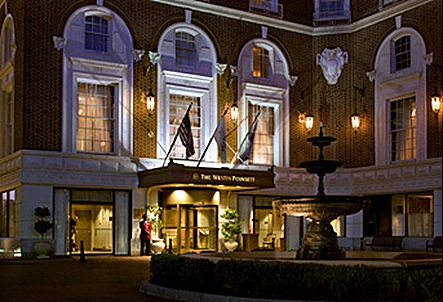 The Poinsett Hotel is a terrific place to stay, should you happen to be in the area.  It is now a Westin property, and it was used in several shots in the George Clooney/Renee Zellweger film Leatherheads several years ago. 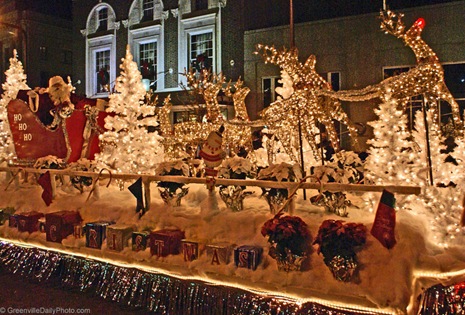 This time of year, it’s the annual Poinsettia Christmas Parade that brings Santa Claus to town. 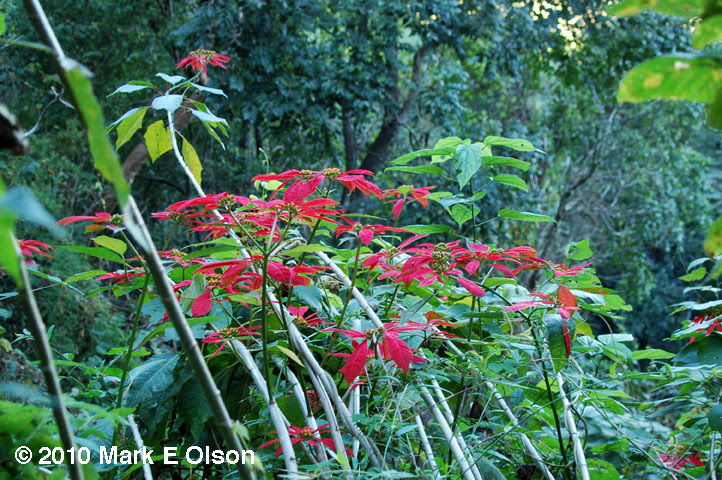 Poinsettias growing in the wild in Mexico and South America tend to grow as leggy shrubs, often preferring steep terrain.  It was the Eckes family of southern California, who through hybridization, created the bushy, long-lasting flower that we associate with Christmas here in the United States.  The Eckes family continues to be the largest commercial grower of the poinsettia.  No doubt, you’ve seen poinsettias in different colors, spangled with glitter, marbled and mottled; I’m not sure who deserves the credit for those atrocities, but I can’t imagine Mr. Poinsett would be pleased. 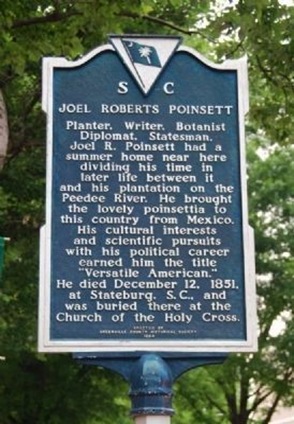 Still, today we celebrate Poinsettia Day, and I may have to add a small one to the T&C house.  I found this photo on the Southern Living website, and I think I could do something similar but smaller with a little fern and ivy and a small poinsettia.  It might be a fun way to offer a bit of history to Big, Middle, and Little.