Getting There is Half the Fun

After a good night’s sleep in Charlotte at the home of dear friends, the Mister and I left early in the morning for Peru via Miami, where we waited in the American Airlines Lounge while the lights flickered and the television meteorologists looked serious as they warned of severe thunderstorms in the area.  Despite the foul weather our flight was not delayed, and we arrived in Lima on time, just before midnight. 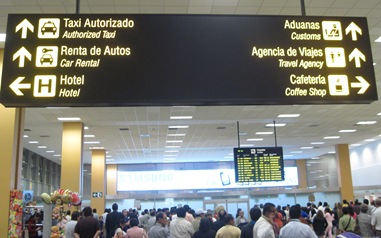 All together we would be traveling from Lima with 32 others.  About a third of the group were with us on the flight from Miami while the rest would arrive via Atlanta or Houston.  The Lima airport is absolute chaos from about 10 pm until 1 am because of the all the North American flights arriving. 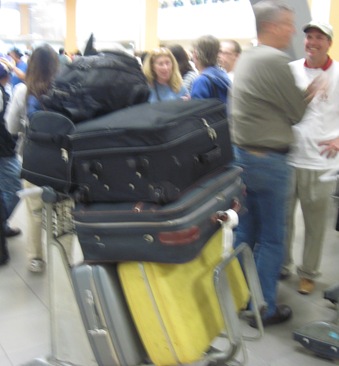 Happily by 12:30, everyone was accounted for and no one was detained in customs.  This is a real fear for us because everyone carries large quantities of over-the-counter medicines as well as antibiotics, hygiene items, and school supplies that could easily be confiscated by greedy customs agents.
From the airport, we loaded our luggage onto a bus for an hour bus ride to a small hotel in the El Barranco neighborhood of Lima.  Our hotel is extremely modest, in part to prepare us for our living conditions for the next few days. 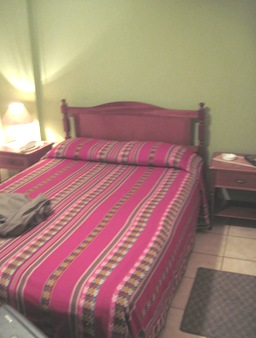 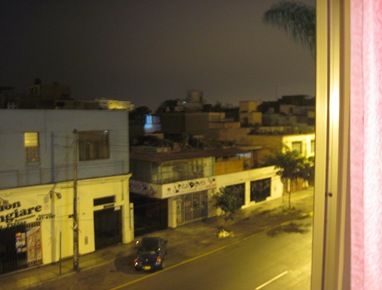 Above is our view from our room, which although rather ugly is relatively safe.  El Barranco is considered the artsy, Bohemian neighborhood in Lima.
After sleeping a few hours, it was time to load our Cruz del Sur bus for a seven-hour ride north to our final destination, Chimbote.  Loading the luggage took awhile because everyone brings so much with the intention of leaving it behind for the people we serve. 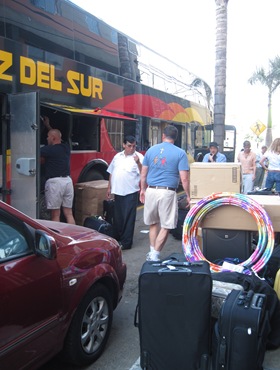 If you are wondering about the Hula Hoops, those were bought in Lima to take to the children of Chimbote. 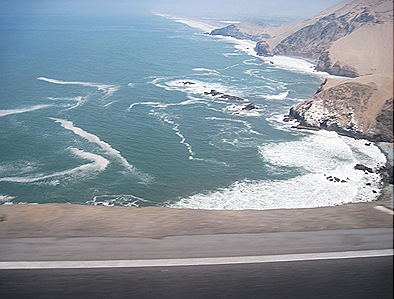 The ride along the Pan American Highway is absolutely stunning and terrifying.  Guardrails are extremely rare, and the shoulders are quite narrow. 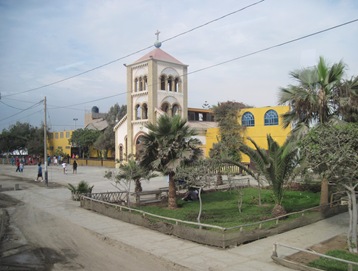 We arrived at the mission late in the afternoon to warm temperatures and overcast skies.  The average rainfall in Chimbote is one inch every 40 years.  The city, which is just under a half million people, is located in the San Luis desert in the province of Ancash. 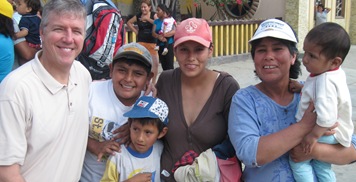 Many Peruvian parishioners as well as the curious were waiting for the “gringos” to arrive at the mission.  For those of us who have been before, it is a bit of a surreal rock star moment to get off the bus to people chanting your name. 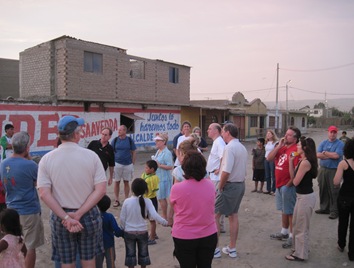 After we unpacked, our host for the week, Father Jack Davis (in a black polo near the center of the photo above) took all of us on a walking  tour of the neighborhood. 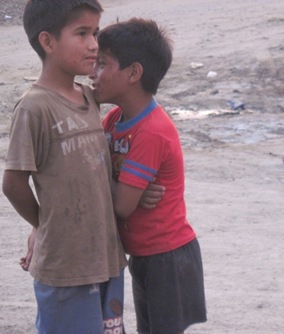 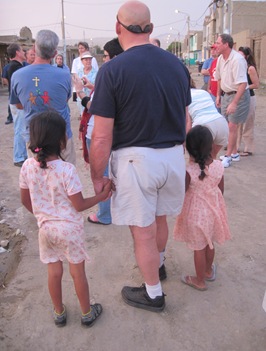 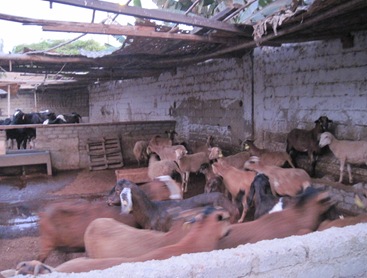 One of our first stops is always Calvin’s Farm, which is a sort of a rehabilitation center for men with addictions.  Here they raise and sell goats, cows, chickens, turkeys, guinea pigs or cuy, and fish. 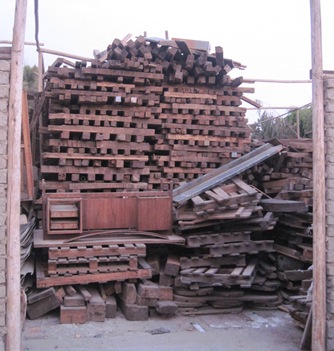 The local steel mill donates wooden pallets, which the men make into straight-backed chairs and single beds.  These are then sold to the mission, which gives them to the poor. 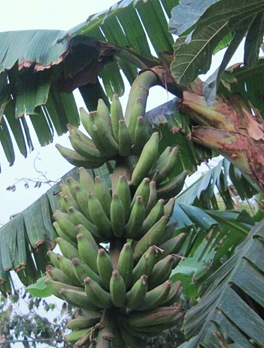 A variety of fruits and vegetables, including bananas and mangos, are also grown on Calvin’s Farm.
After a bit more briefing on Chimbote, we return to the mission where we have a light supper and a meeting to discuss the week’s projects.  We are finally dismissed at ten. 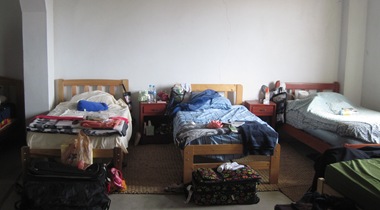 I’m always doubtful that I will be able to sleep.  Chimbote is an extremely noisy place—dogs are barking; young men are playing soccer in the street and on the nearby field; and taxis, who blow their horns, which sound like car alarms, at every intersection, are constantly sounding.  In addition to the noise, I’m always a little unnerved by the wide open windows, which have no screens.  Still, the women head to our quarters, where 14 of us share one shower and toilet, and half an hour later, all the reading lights are out and we are sound asleep.
Labels: Chimbote Lima mission trip Peru travel