My life is full, and I am grateful.  Some days, though, I wish that the pace could be a bit slower.  Maybe you feel that way from time to time, too.   If so, I’ve found the perfect respite in Micanopy, Florida.  Only a short drive off Interstate 75, Micanopy (pronounced MICK-uh-nope-ee) is a place where time truly seems to stand still. 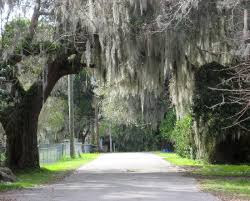 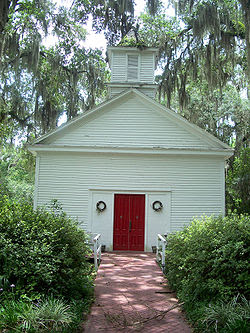 Cholokka Boulevard is the town’s main street and the address of the Episcopal Church of the Mediator, where the Mister and I were able to take a quiet walk around the churchyard. 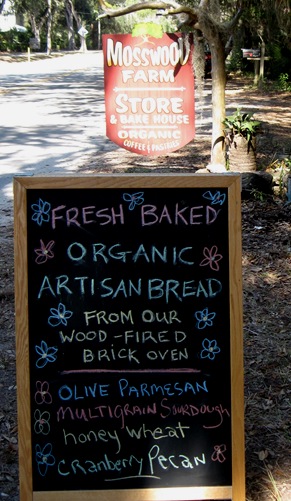 From the church, we walked right over to the Mosswood Farm Store and Bake House to have a cup of coffee. 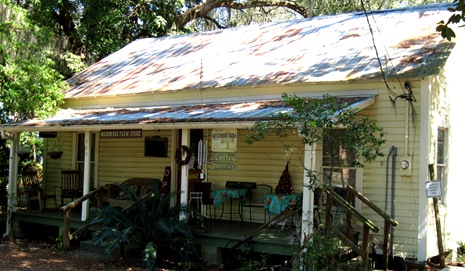 Of course, once inside we browsed through the organic and fair trade offerings before making our way to the bakery counter.  We split a small spinach feta tart while we sat outside, listening to the chirping birds. 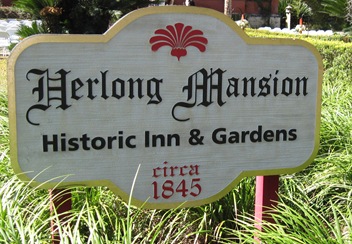 Just across the street is the magnificent antebellum Herlong Mansion, where preparations for a wedding were underway. 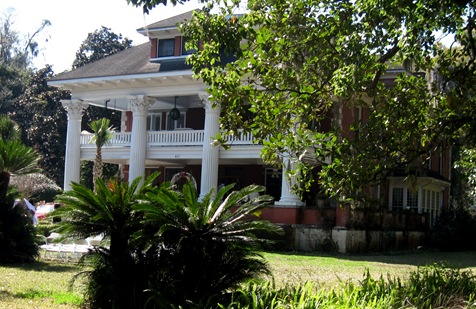 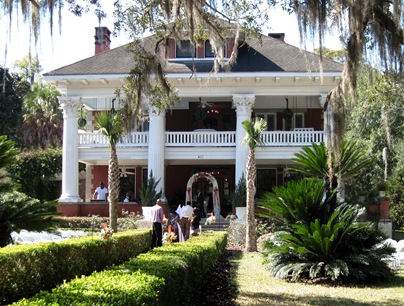 Next time, I hope to take a look around the interior. 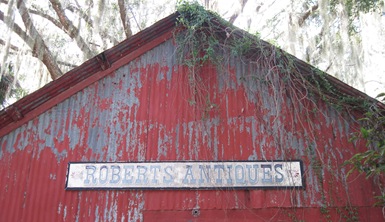 Micanopy’s quiet streets are home to several antiques shops.  Old Florida items seem to be the focus, with everything ranging from Native American pieces to Henry Flagler era items to the most kitschy souvenirs you can imagine. 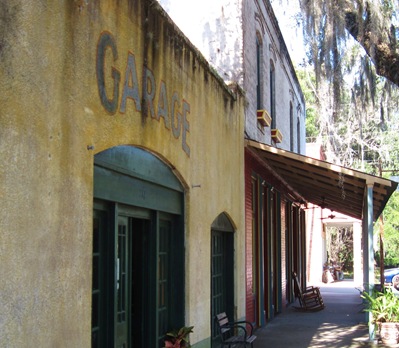 The “garage” building in the photo above was part of the streetscape for the 1991 film Doc Hollywood, which was filmed in Micanopy.  The movie starred Michael J. Fox, who portrayed a young doctor on his way to Los Angeles. While en route, he caused a car accident in the fictional town of Grady and was sentenced a week’s community service in the local hospital.  It was during filming that Fox first noticed signs of early onset Parkinson’s disease.  The town of Micanopy has continued to celebrate its moment in the sun by establishing a Doc Hollywood event, which honors a local, rural physician and raises funds for Parkinson’s research at the nearby University of Florida in Gainesville. 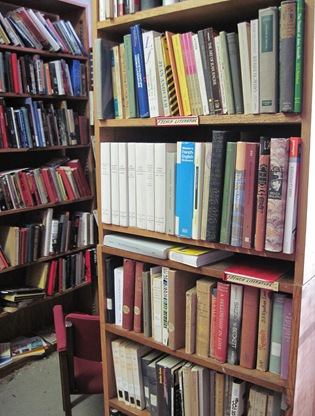 Today, the garage building houses a used bookstore, with room after room filled with out-of-print and esoteric volumes. 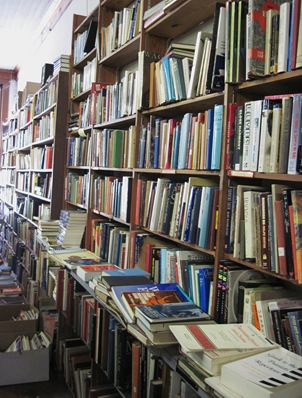 This is one of two used bookstores in Micanopy, and the Mister and I wandered around both for a good long while as classical music played.
After that, we had a bowl of black bean soup and yellow rice on the patio of the Old Florida Cafe.  Then, we took a meandering drive through the live oaks to the Mister’s folks’ house and celebrated his beautiful mother’s 77th birthday! 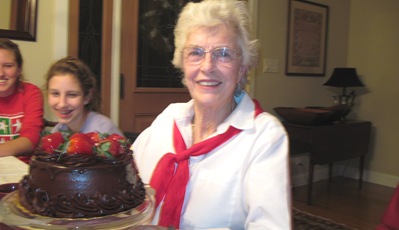