Years ago, my name was proposed for membership in the Junior League.  Now this was back in the day when the Earth's crust was still cooling and a prospective League member had to have a capital S Sponsor as well as four, I think, additional Endorsers.  Each had to answer a multi-page questionnaire as to why her candidate would be a worthy member.  My endorsers must've been quite eloquent, for after successfully negotiating a traditional Southern garden tea, I was invited to join as a Provisional member.  I was new in town and, truthfully, I was honored.

The League, or the Plague, as we sometimes called it, turned out to be pretty demanding, but I did meet a lot of smart women, and--to some extent--I learned how to "get things done."   The first committee on which I served was Publications, more commonly known as Cookbook.  Our League had just introduced a new cookbook, Uptown Down South, which remains one of my favorites. 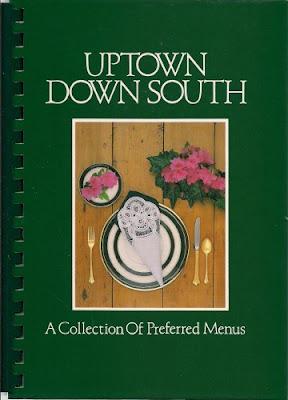 As a Cookbook committee member, I spent many Saturdays working a shift at a craft fair, festival, or other "women's event," extolling the virtues of the cookbook.  When I wasn't actively selling, I was baking pans and pans of Almond Crusted Torte, our signature sample item.  Our big selling point was that, in addition to each recipe having been triple-tested, the book was organized by menu (a feature I still find useful!).

I've had a soft spot for Junior League cookbooks ever since, so I was quite delighted to have won a copy of the beautiful  Savannah Style from the lovely and charming writer of  The Southland Life. Thank you so much!  I know I will love using it--there are so many delicious recipes, and I love that some tidbits of Savannah history are included, too. 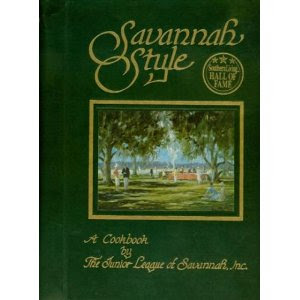 A newlywed, a lawyer, and a new League member herself, this blogger writes thoughtful posts about her sweet Southern life.  Not too long ago, she posted her wedding weekend pictures, and they were simply stunning!  Please stop by and say hello!

And now, for old times' sake, Almond Crusted Torte, which may be baked in a pie pan and served in slices or in a 9 x9 or 9 x 13 baking dish and cut into bars.  Either way, it's different, delicious, and perfect with coffee. 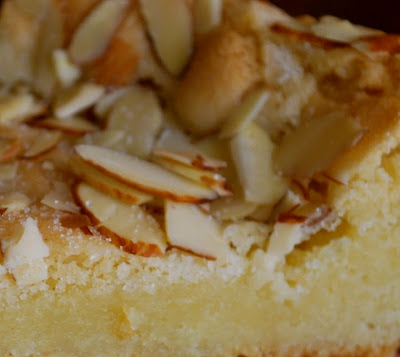 Stir together all ingredients, except almonds.  Pour into a 10-inch pie pan or baking dish that has been sprayed with nonstick vegetable spray.  Sprinkle almonds over top and press lightly.  Bake at 350 for 34-40 minutes or until lightly browned.