I worked at a camp in the North Carolina mountains the summer Lady Diana Spencer wed Prince Charles. 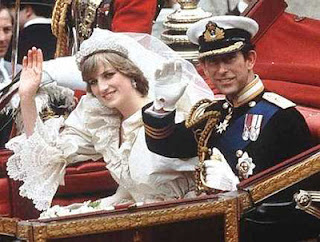 The entire camp staff shared one television, which had rather spotty reception. To add insult to injury, the television was not located in my dorm, but rather in a mice-ridden frame cottage, euphemistically named the Staff Lounge.  The Lounge, which I seldom frequented, was up a steep hill that I opted not to climb at 4:30 in the mountain dark morning. 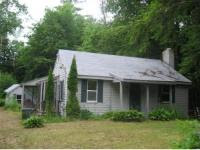 Okay, it wasn't quite this bad, but it wasn't much better, either!

Besides it was Prince Charles.  (Really, hasn't he aged much better than we'd thought?!)

I do plan to wake up and tiptoe downstairs to watch Kate Middleton and Prince William tie the knot.  I have tea to brew and scones to nibble.  Best of all, I have a companion who wants to watch with me.  The Mister and Middle have been rolling their eyes at Little and me all week, and they will not rise early.  Honestly, I might not either, so I'm setting the dvr, just in case.  But something in me wants to see this wedding. At first, I thought it was just that I needed a diversion from the news cycle of war and high gas prices and mocking Presidential candidates and devastating natural disasters. And I do need a diversion from all that, but, honestly, I think it's something more.  It may seem corny and naive to some, but I'm delighted that Kate and William are getting married, that despite their own tragedies, they are still willingly to stand before God and ask for His blessing. Willing to make a commitment.  Amid all the pomp and hype, it seems almost humble.  And hopeful.  I'm grateful for that.

The Mister has been nosing around the scones this evening, so I promised a rather British dessert to celebrate.   This recipe, which allegedly was invented in that most revered of English boarding schools, is adapted from those of Ina Garten and Jamie Oliver. 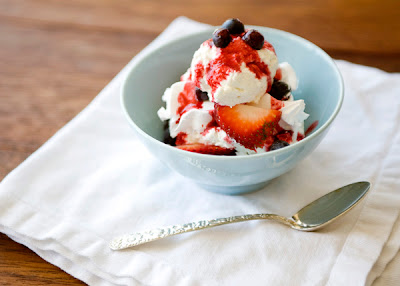 Pour 1 package of the raspberries, 1/2 cup of the sugar, and the lemon juice into a 10-inch saute pan. Crush the berries lightly with a fork and bring the mixture to a full boil over medium-high heat. Lower the heat and simmer for 10 minutes, stirring occasionally, until the mixture is syrupy. Fold the remaining package of raspberries (and other fresh berries, if desired) into the hot mixture and refrigerate until very cold.

In the bowl of an electric mixer fitted with the whisk attachment, beat the cream, the remaining 1/4 cup of sugar, and the vanilla together on medium-high speed until it forms firm peaks.

In decorative glasses, layer a spoonful of the whipped cream, a spoonful of the raspberry mixture, and then a few meringue pieces. Repeat once or twice, depending on the size of the glasses, until the glasses are full, ending with berries and a dollop of cream. Serve immediately or chill for an hour, until ready to serve. 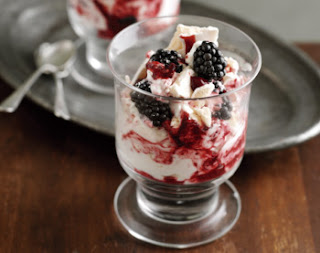 May the marriage be as grand as the wedding!
Labels: cooking Eton Mess marriage Royal Wedding