9:30 in Greenville, or Midnight in Paris

The Mister and I finally got around to seeing Woody Allen’s Midnight in Paris last night.  Although it was supposed to be a date night, we took Middle along, too, as he has been an only child all week.  Middle has already seen The Green Lantern  and Transformers this summer, and he made a few noises about seeing Zookeeper, the new Kevin James vehicle, but thankfully the Mister held firm with “this is what your mother and I want to see, and you are invited to join us.” 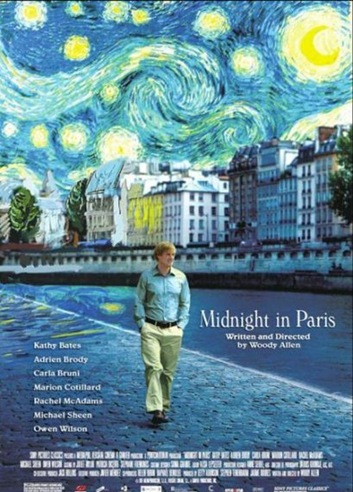 I knew I would like it—Paris, the 1920s, writers, artists, Owen Wilson, playing a writer.  I knew the Mister would like it—the 1920s, Rachel McAdams, and sweetly, the fact that I would like it.  Surprisingly, Middle liked it, too.  I doubt he will tell anyone he liked it , but he did.  I liked it so much, I might take Little to see it.  I would definitely see it again! 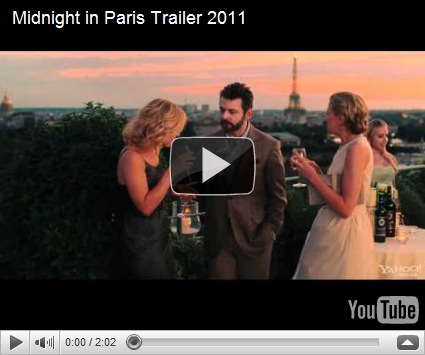 Have you seen Midnight in Paris?  What did  you think?