I guess I have some ‘splaining to do.
First, I must say that I am in awe of any bloggers who work full-time away from home and write posts regularly.  Really.  I thought I could do it; I want to do it, but, well, the posts I’ve written in my mind never seem to make it to the blog.

I’m not giving up, though.  In fact, quite the opposite.  I have, with the Mister’s encouragement, carved out a little time to write regularly.  We’ll see if it actually happens.  I’m not exactly sure why I’m so determined to continue this writing experiment; most days I don’t even think I’ve found this blog’s direction or my voice yet.  And maybe that’s why I want to keep going.  Either that, or I’m just crazy stubborn.
Nevertheless, I’ve been planning this particular post for a while.  Kind of.  It’s personal, more personal than I have been before.  It took a while for me to decide I wanted to share this, but I believe it’s time.  Earlier  this summer, when I began thinking about writing this, it didn’t occur to me that tomorrow would be the tenth anniversary of September 11.  To anyone who’s reading this who lost someone that day, I pray that you have found hope and comfort.
And, if you have not, I pray that you will. 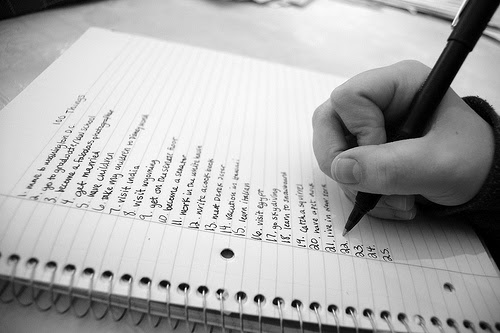 All this list-making and calendar-keeping began for me in earnest in college.  Classes, clubs, and dates demanded organization, and I loved that sense of order—and yes, of control.  I met my husband at the end of my freshman year.  We dated throughout college and for a couple of years while he finished a second degree.  Planning a wedding, moving, a new job, buying and decorating a house—all afforded me countless opportunities to plan and to further delude myself that I had control over our lives.  We were married in 1987.  We both had great jobs and a terrific group of friends that we spent time with almost every weekend.  We attended church, Bible studies, and even did a few service projects here and there.  Our calendars were full, and our plans were big.  And, then, it happened—Donna was expecting.  Then Beth, then Anna, then Debbie.  Then me—all according to plan.

Late one September afternoon, my husband called me at work to say he’d be home later than usual—he’d forgotten to tell me about an after work get-together.  He was a chemical engineer for a large manufacturer in the electronics industry, and he played on the company softball team.  The team had won the championship a few days earlier, so the guys were getting together to celebrate.  I assured him that I didn’t mind as I had a late meeting myself.  As I left that evening of September 11, 1991, I drove home, planning our baby’s nursery.  In all honesty, I was hoping to get home first so I could have the quiet house to myself.  Although I was only six weeks along, pregnancy was making me tired.  I felt as though I couldn’t get enough sleep.  As I pulled into the garage, I could hear the phone ringing.  I decided to bring the empty trash bin up from the street, in hopes that when I returned to the house, it would, indeed, be quiet.  Oddly, the phone was still ringing.  Reluctantly, I answered.
The woman calling told me that my husband had been in an accident.  He was on his way to the hospital.  Two of his co-workers would be by to pick me up.  I hung up, stunned.  I knew almost no details, and yet, I knew that we weren’t going to be talking about stitches or casts when I got to the hospital.  Looking back, I believe this “knowing” was one of God’s first assurances to me that He was with me in this.

As we rode to the hospital, details unfolded.  After the cook-out, some of the guys started throwing around a football.  The neighborhood yards were small, so they began tossing it in the street.  My husband  went back for a pass—and wearing his slick-soled Weejuns—slipped and fell, hitting the back of his head on the curb.  He sat up for an instant, waved the guys off, and fell back into unconsciousness.
When we arrived at the hospital, I was taken to a private room to wait in the ER, where my in-laws met me a few minutes later.   My own parents joined me as quickly as they could, making a four-hour drive across the dark mountains. Sometime after midnight, my husband was admitted to ICU, where he survived in a coma on a respirator for three days.  I watched each monitor, and with each beep, I prayed and willed each reading to either go up or down, depending on what the doctors had told me.

For three days, brain scans showed no activity—there was no physical response to pain or to light.  I’m told that, at times, there were literally hundreds of people in the hospital halls and chapel and parking lot praying for us.  And I hoped as long as the neurologists would allow.  Then I signed the organ donation papers and was given a few minutes alone with my darling husband of four years.  I sang to him because I didn’t know what else to do.
No doubt many of you have heard, or read, or even  memorized Jeremiah 29:11, “For I know the plans I have for you,” declared the Lord, “plans to prosper you and not to harm you, plans to give you a hope and a future.”  At 29 years old and six weeks pregnant, I did not find this verse especially comforting.  I had already made my plans, and widowhood was not on my list.  Surrounded by family and friends, insulated by shock, I planned a funeral in one city and a burial in his boyhood home of Tennessee.
To say I was angry at God is an incredible understatement.  In my not-yet-30-year-old ignorance, I believed that I had been good and faithful, and for that matter, so had my husband.  With God, I was done.
In His great faithfulness, however, He was not done with me.
Mark 2 tells the story of four friends who carried their paralyzed friend to a house where Jesus was teaching.  Unable to get through the crowd, the friends carry their friend up to the rooftop, where they proceed to break through the roof to put their friend in front of Jesus.  Clay-caked palm leaves, dead bugs, dust, and broken tiles must have crashed down.  I am sure that the friends’ perseverance made a mess.  Those are the kind of friends and family I had.  Daily they carried me to Jesus when I could not go and would not go myself.  Stubbornly and persistently they prayed for me, for our baby, for our future.  They were hurting over the loss of their friend, too, and I imagine that at times it was very, very messy.
Seven months later on Easter Eve, I gave birth to a beautiful brown-eyed boy, named for his father.  On this blog, he goes by Big, and he is studying to be an engineer at Clemson University, as his father did. Grief is hard work.  Grief with an infant is indescribable.  Of course, there were moments of delight and joy—followed always by pain and sadness.  Bittersweet was as good as it got that first year, but as Big’s first birthday approached I knew we needed to celebrate.  First, there were a lot of people who needed to be thanked—meals and yard work had been miraculously provided for months.  Second, Big and I had survived our first year.  I decided to throw an April birthday brunch.  The day was a lovely spring day, and Big’s first year was truly celebrated. 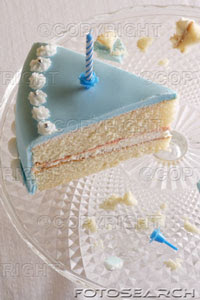 That night as I cried myself to sleep as I had every night for a year and a half, I vowed that it would be the last time.  I couldn’t provide Big with a father, but he deserved to have a happy mother.
Two weeks later I had a dream.   to be continued.
[All of the images used in this post were selected from Google Images and are not my own photographs.]
Labels: family Grace Fully