The Second Part of the Story

First, I want to thank you all for your comments and emails on the post “An Anniversary.”  Even after 20 years past, kind words are welcome.  For those who said they had been encouraged, what a gift your words are to me.  If you weren’t able to read the first part of the story, then click here.  And now, to continue.

*           *           *
Oh yes, a dream.  A dream about a boy I had known in college.  Honestly to say I had a dream is a bit of an overstatement.  There was no setting, no plot, no classic dream symbolism.  I simply woke up thinking about someone I hadn’t thought of in almost ten years.  This happened the next morning, and the next.  I was puzzled.  For one thing, I had no interest in dating and had made it plain to friends that I wanted no part in any “set ups.”  I really could not imagine ever marrying again, so, in my mind, there was no point in dating. 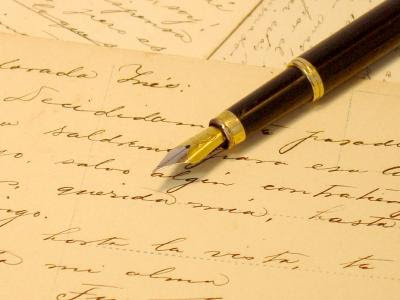 I wish I had time (and the memory) to recall all the coincidences and confirmations, God was sent my way, but about two months later, I finally wrote that “dream boy” a letter on behalf of our college’s alumni council, on which I sat for a three-year term.  The letter was almost a business letter, simply inquiring if he would be interested, or if he knew of anyone who might be interested in serving on our board as we were looking for more young alumni as well as a broader geographical representation.  Almost as an afterthought, I added that after going through a difficult time, I had come to value friendship more than ever, and I told him how much I appreciated his friendship to me during those “golden, carefree college years,” and that I hoped he was doing well.  And that was it.  Consciously, I thought I had lost my mind for writing such a letter, and, yet, inexplicably, I felt it was the exact right thing to do. A couple of weeks later he called me, and we talked for more than an hour.  He worked for the Walt Disney Company in Florida and did a good bit of traveling.  Keep in mind that this was 1993; email and cell phones were not yet commonplace.  A postcard followed our phone call.  I sent another letter, and a courtship that pre-dated email had begun.  We wrote long hand-written letters to each other all summer, and by the fall we had begun talking on the phone regularly.  He invited me to visit, and so the weekend before Thanksgiving I flew to Orlando.  Friends convinced me that leaving Big to spend the weekend with his grandparents was the thing to do.  I remember one treasured pal, saying, “You cannot walk up that Jet way with a flight-worn toddler on one hip and a diaper bag on the other!”  Friends also convinced me to form a contingency plan—in other words, we had a rescue plan in case this fellow turned out to be an axe murderer.  He wasn’t.  The weekend was perfect; my new beau was handsome, charming, funny, and a complete gentleman, who attempted no more than one chaste kiss.  By the time I boarded my return flight on Sunday, we were figuring out how the relationship could work.  On Thursday of that very week, Continental Airlines announced nonstop service between Greenville and Orlando for $79 round-trip.  It is obvious to me now that God had begun to woo me back, to romance me with a romance of my own. 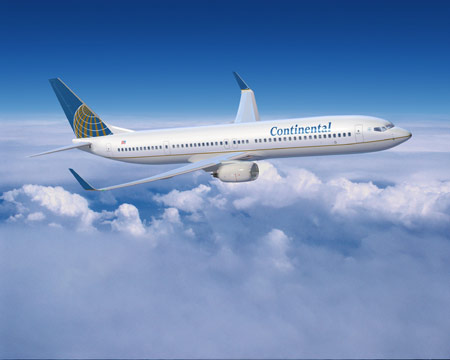 The Mister proposed to me and to Big a few weeks before Big’s second birthday.  We were married the following September, a little more than three years after my first husband’s death.  To all of us, it seemed to have been a fairy tale, and for that I am thankful.  Our great God, however, is not a writer of fairy tales; He is the author of love stories.

Big and I moved to a tiny town outside Orlando (way outside) to be with the Mister, and our “happily ever after” began, but not in the way you might think.  The Mister headed off to work each morning, while I tried to adjust to life in the swampy woods with a two-year-old.  The heat, the bugs, the isolation of a small town, where I was the only woman who wasn’t collecting a pension check, was depressing.  I was homesick and miserable, yet determined to make it work on my own terms.  Our marriage and family still looked like a fairy tale on the outside, but on the inside resentment and betrayal stained many pages.  And, through each disappointment, God was working.  You see, after my first husband died, I concluded that God—regardless of His sovereignty, love, grace, and mercy—could not be trusted, at least not by me.  My disappointment that our marriage was not the fairy tale of our courtship had less to do with the Mister and more to do with my own failings—my lack of trust in God, my pride or stubborn self-reliance, and my smug self-righteousness.

It was only God’s persistent conviction that brought about my sorrowful repentance.  I started to pray to trust God more.  And, then, things began to happen.  I joined with other women, and we began to pray for our husbands.  We prayed for more faith.  We prayed to love God more, and God answered and is still answering those prayers.  The answers are seldom in ways we expect and often in ways that are harder than we’d planned, and yet, how we have seen Him provide.
A little more than five years ago, the Mister and I began feeling rather restless.  We had recently finished building our dream house, and were ready to add a pool.  Our children were happy and healthy.  We thought something was wrong with us.  We began to pray for contentment.  We felt increasingly content, but paradoxically we felt increasingly restless.  On a weekend beach trip to Amelia Island, we walked into a shop called Go Fish Clothing & Jewelry. 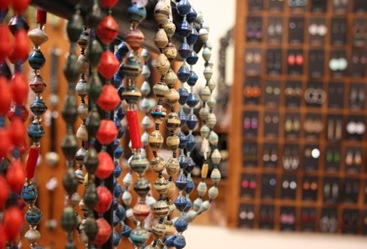 It was a cool place, and from that afternoon God has led us on an amazing adventure from corporate security and a lifestyle we loved to having our own store here in downtown Greenville.  The mission of Go Fish is to provide opportunity to artisans and craftspeople from around the world.  Ours is a fair trade store, seeking to treat both those we buy from and those we sell to with the dignity and integrity of Christ.  Once again this January, the Mister and I will travel to Peru, having the great privilege of serving some of the world's poorest people. 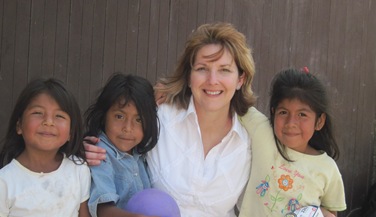 Please pray for us.  Only God could take us—two fractured fairy tale characters—and give us vital roles in the love story of His son Jesus, who is the author and perfector of our faith.  The Mister and I have been blessed far more than we deserve, but our greatest blessing is knowing that our “happily ever after” is yet to come.
Labels: family Grace Fully