A Wing and a Prayer

A few years ago, I routinely found myself in one of those odd little time windows peculiar to mothers of young children.  I don’t remember all the details, only that on Friday mornings I had a little over an hour to spend before I had to pick up Little from nursery school.  There wasn’t enough time to run back home and get anything accomplished, and I couldn’t do the grocery shopping because I wasn’t going directly home afterward.  I  think.  As I said, the details escape me now. 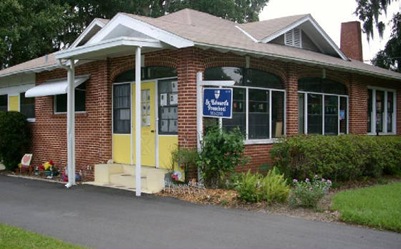 One morning I decided to cross the parking lot from the nursery school and pop in the parish office of the small Episcopal church where we were members.  I was probably looking for coffee or hoping to buy a stamp.  Instead I encountered two women, in their early 80s I’d guess, companionably folding the weekly bulletins.  Vivian and Anna.   Vivian, who was dressed in a track suit, instructed me to pull up a chair and make myself useful.  I did.  The time passed quickly.  They asked me questions about our young family, one of only a handful in the small parish, and Vivian filled me in on her grown children, who were scattered but making plans to come home for Thanksgiving.  Anna, a tiny lady who wore a caramel-colored cardigan and brown tweed skirt told me she was spending the rest of her afternoon looking for lampshades for her apartment.  Her sister was coming to visit. 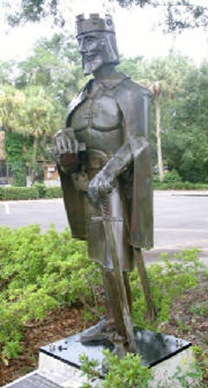 Each morning, we would say, “Good morning, Saint Edward!”

I fell into the easy habit of joining Vivian and Anna in the paneled conference room each Friday.  As we grew more familiar with one another, we began to share tidbits of parish news and opinions about changes in our small town of Mount Dora.  Spry Vivian was the outspoken one, but she was goodhearted and funny.  Anna was content to fold and smile and occasionally ask a question.  One Friday, when I arrived Anna was alone; Vivian had gone to visit one of her children.  At last, I would get to hear some of Anna’s story!  I began asking the questions I’d unknowingly saved for Anna—how long have you lived in Mount Dora? Where did you live before?  Details began to surface .  Interesting details.  I pressed on, gently,  How did you meet your husband? Anna’s black eyes sparkled beneath her snow white cropped cut, “ Well, I was a Pan Am stewardess, and we met on a flight to Cairo.”  Bingo! 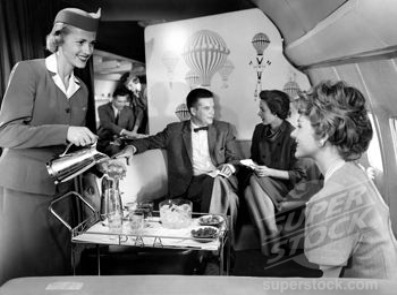 It all fit—Anna’s classic and stylish good looks at 80; her demure yet confident manner. 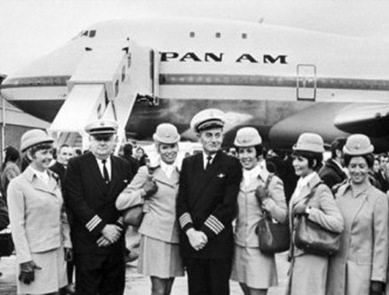 Where did she fly? “All over the world, of course!”  Although, she didn’t get to South America as often as she would’ve liked. 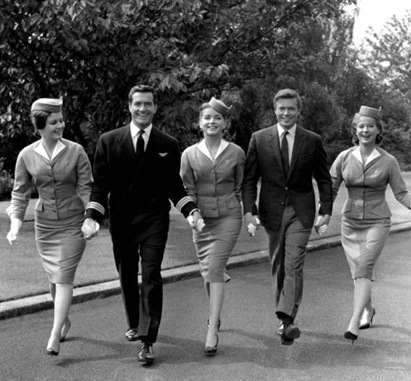 Was it as glamorous as I imagined? “We were treated very, very well and met lots of interesting people.”   Dignitaries? Movie stars?  “Oh, yes, even royalty flew Pan Am.” 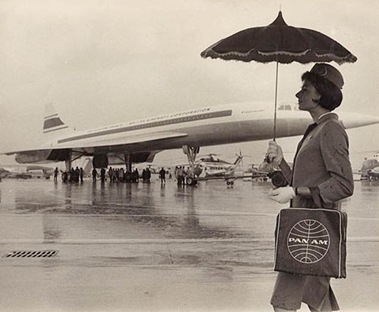 Anna and her husband, who had passed away some years earlier, didn’t have any children, and so the Mister and I adopted Anna.  She began to join us for Christmas Day and for our annual Easter Brunch and Egg Hunt. She had such great stories and always kept our guests mesmerized.  We moved away a little more than five years ago, and sadly, we have not kept in touch, but when ABC’s new series Pan Am debuted a few Sundays ago, you can bet that I was watching and thinking of Anna.  And I am determined to check in on her next time we’re in the Sunshine State. 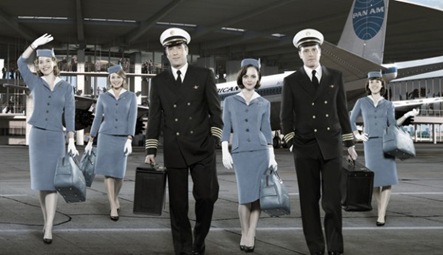 As for the show, I am completely hooked.