How $20 changed my life, well, my morning

Not too long ago I was visiting at the Mister’s sister’s house in Florida.  Knowing how much I like a good cup of coffee, she kindly brought me one. The coffee was rich and bright, and it was surprisingly topped with a foamy cap. 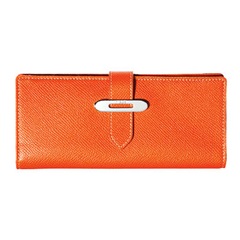 Now the Mister’s sister is a thrifty gal, and I knew she hadn’t added a fancy cappuccino machine to her appliance line up, so I had to ask how she created this coffee masterpiece. She returned to the kitchen and reappeared with what she called a handheld milk frother. She found it at T.J. Maxx. Really, you just never know.

We returned to Greenville, and the search was on—TJ’s, Marshall’s, two specialty kitchen stores. Nothing. So, I began googling hand-powered milk frother. Nothing. Until I skimmed an article about using a French press coffee maker for this purpose. Ah. Success. So on my next trip to the Target, which was, of course, later that afternoon, I picked up the Bodum Travel French Press for less than 20 dollars. 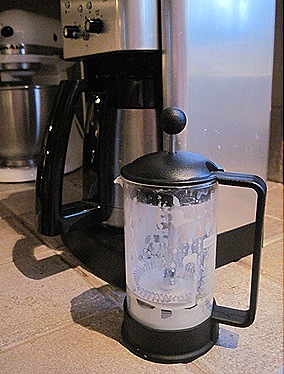 And, now each morning, the Mister grinds the beans and feeds the machine, while I warm a scant amount of half-and-half in the glass portion of the press. A few seconds later, I froth the milk, and it literally triples in volume. 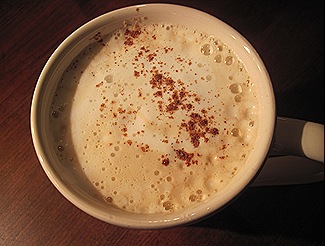 At first, this was our Saturday treat, but when I realized I was already thinking about it on Wednesday, I decided it would become a new and gracious morning tradition. We sit and sip while we read our devotions and then, some mornings, the newspaper, too. (Happily, because the frother creates such volume, we are actually consuming less half-and-half, too!) 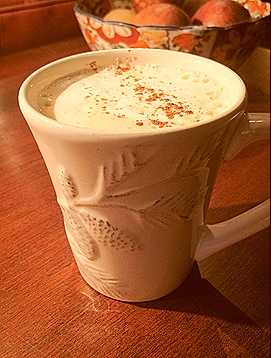 And, as a bonus, it offers an easy way to impress guests with an after-dinner coffee!
Do you have a beloved morning ritual?
Or, what’s your best $20 purchase of late?
Labels: coffee hospitality tradition