In early June, the Mister and I headed to what is generally regarded as one of the most beautiful cities in the United States, Charleston, South Carolina.  Only three short hours away on the Atlantic coast, Charleston welcomes guests with a seductive blend of history, classic architecture, beautiful gardens, innovative cuisine, fine arts and much-heralded Southern hospitality. 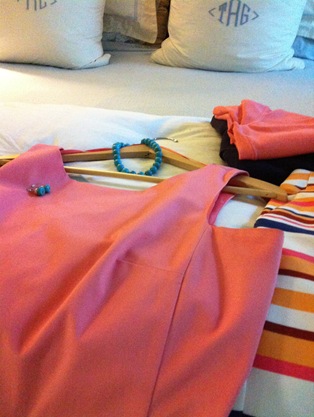 Anticipation is part of the fun for me, so with DaniBP as my inspiration, I planned my Charleston “color story” of coral, navy and white.
As I’ve mentioned before, the Mister enjoys traveling the back roads whenever possible, so since he was kind enough to arrange the trip, I planned our travel through peach orchards and soy bean and corn fields. At last, we arrived at our first stop, timed perfectly for Sunday brunch. We pulled into Aiken, a charming Southern town in the middle of South Carolina’s horse country, and arrived at the stately Willcox  Hotel. 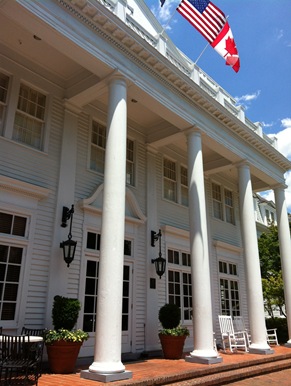 Built in the late 1800s as a haven for Yankees seeking warmth and a welcoming society, the Willcox has hosted Winston Churchill, Harold Vanderbilt, Elizabeth Arden and W.R. Grace. Even more famously, the Prince of Wales allegedly was turned away with regret during the week of the Master’s golf tournament! 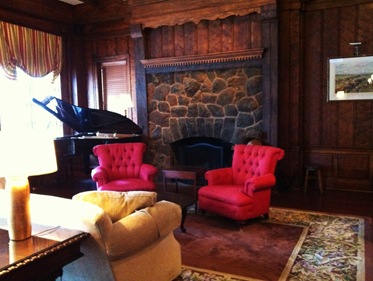 With a warm and clublike atmosphere, the lobby of The Willcox was quite bustling, but I managed to get this shot of one of the fireplaces, a bit of a lonely place on this warm June day. 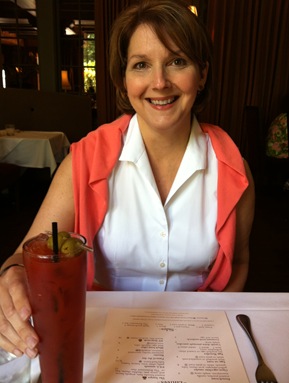 While I went to freshen up, and admittedly to see if I might get a peek in any of the guest rooms, the Mister promptly ordered me a Bloody Mary. It was ice cold and spicy hot, and made the people-watching and brunch-tasting all the more enjoyable. 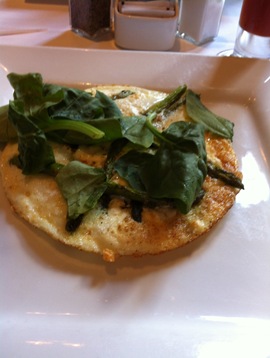 I ordered an egg-white omelet with asparagus, spinach and goat cheese, all South Carolina-grown products, as is almost everything on the menu. The Mister had the hamburger, which was served on brioche and topped with onion-and-bacon jam. After brunch, the Mister and I took a walk around downtown Aiken, a charming town with wide streets and bubbling fountains. Lots of cute shops beckoned, but as is typical in small Southern towns, everything was closed on Sunday. 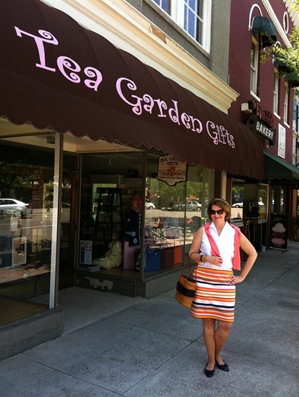 I was hoping to “pop in” on Bevy, who wrote the blog It’s a Golden Day and is still active on Pinterest. If you’re reading this, I hope you’ll forgive me for not calling first, Bevy! I will be back! (Also, I suppose  I should credit the Bloody Mary for the sassiness of my pose!)
After a walk around Aiken, we headed straight for Charleston, where the Mister had booked a room at the Cabell House, only steps away from the Battery, offering picturesque views of the harbor. 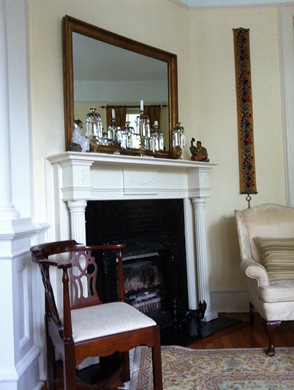 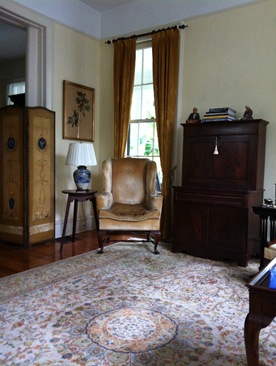 The Cabell House sits on Church Street. The owner and innkeeper grew up in the house, and after spending years in Boston, returned to Charleston, purchased her siblings’ shares of the home, and made some slight renovations to accommodate modern travelers. 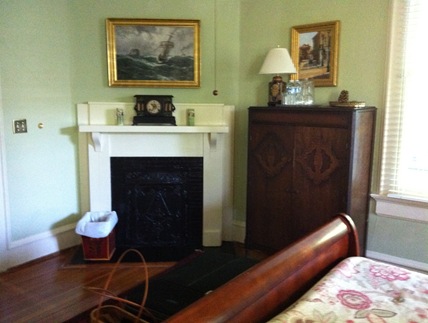 The Cabell House is not furnished with the original pieces, although some of the original artwork remains. After settling in and enjoying a glass of iced tea with lots of mint and lemon, we set out for a walk to the Battery and then up Bay Street. 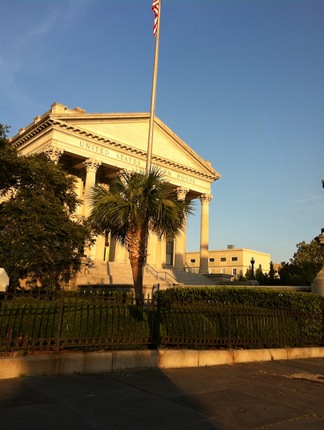 The humidity and heat that typically pounce on Charleston’s summer guests were mysteriously absent.  The skies were clear, and the temperatures were in the low 80s. Delightful. 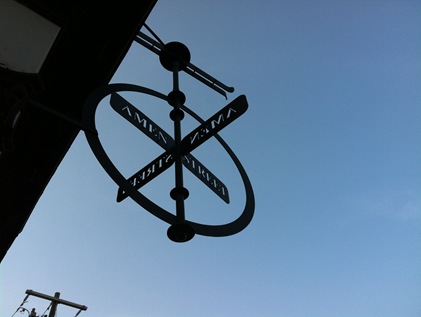 For dinner, we settled on Amen Street Fish and Raw Bar, where we started with fried green tomatoes topped with pimento cheese. Then, I had the best shrimp and grits ever, made with roasted tomatoes, tasso ham and green onions. The Mister enjoyed fresh grouper with haricot verts and lemon butter browned potatoes. All deemed delicious. 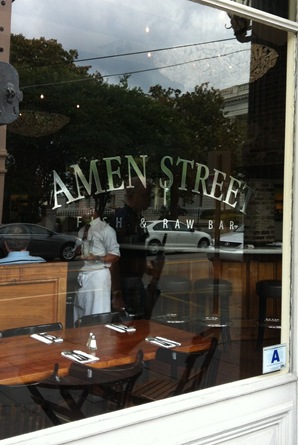 The showstopper, however, was the restaurant’s coconut pie, which was more of a custard or chess pie with toasted coconut. Thankfully, we had a pleasant evening to walk back to our charming room.
Have you visited Charleston? Would you like to hear more? I hope so, because there’s more to come!
Labels: Aiken Charleston Down South SC The Cabell House The Willcox Hotel travel