Fit for a Queen but Suited to Us

Few posts I've written have received more comments than Good Dog, which was about our faithful Collie, Marian. Many friends and readers hoped we'd add a new pup to our family right away, and although I understand that sentiment, the Mister and I agreed that we wanted a little time.  Our schedules were hectic, and it just didn't seem to be the right moment to introduce a new dog.

A little more than a year went by, and both the Mister and I were looking at the dog rescue sites with regularity. I was advocating for a smaller dog, and I thought a Corgi or two would be an obvious fit for  me  us. 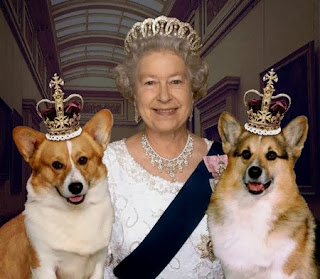 The Mister remained firm in his search for a Collie. We had reached an impasse. 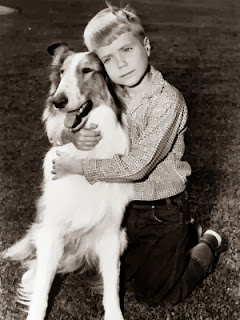 While at the beach with the Mister's family, we mentioned our stalemate to the Mister's mother, who noted that she had a friend who bred Corgis and was expecting a litter. The Mister made it plain that he was not interested.

Months went by, and then my mother-in-law called to say that her friend was looking for a home for one of her two dames. This particular dog had had three litters, and her owner didn't want to breed her again. She, the dog, that is, was free to a good home. We were warned that although she was show quality, she'd never done well in the ring because she was a bit headstrong. That didn't put me off a bit; I had no plans to show her or any dog.

This past President's Day weekend, we traveled to Florida and returned with Rincon Channel Islands Charlotte, a Pembroke Welsh Corgi, who goes by "Charlie."

Corgis are known for their intelligence, and she is a quick learner. For instance, we can't say the word ball. At all. She doesn't just respond to "Charlie, do you want to go play ball?" She reacts to "When will you be home from the basketball game, Middle?" Unless, we are ready to head outside ball in hand, then we have to s-p-e-l-l it. I'm sure she'll be on to that soon enough.

We've also discovered that she is incredibly quirky.

For instance, shortly after we returned from Florida, I got a case of the sniffles. One evening I snuggled under a throw on the sofa to watch a little television. I sneezed, and before I had opened my eyes, Charlie had run across the room, jumped on my chest, and barked! Several minutes later, I sneezed again. Same reaction. We are bewildered by this behavior, unsure if her, um, interest is out of concern, or if she considers a sneeze some sort of challenge. Either way, after almost nine months of being charged whenever we kerchoo, we all flinch whenever we feel a sneeze coming on, even when we're not at home! 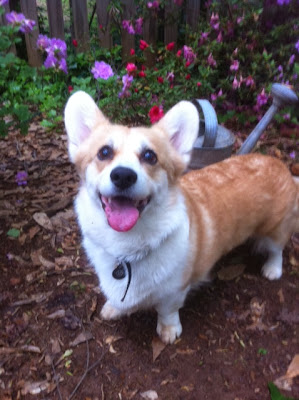 The next and perhaps most hilarious example of Charlie's quirkiness was revealed when I innocently pulled out a box of aluminum foil to line a baking dish. As soon as I began to pull the foil across the serrated edge, Charlie went nuts, from dozing peacefully on her bed to barking and snapping, trying to attack the foil! This seemed almost too much to believe, so, of course, the Mister and Middle had to conduct several tests to see if she reacted the same way each time. She did, and her aggression toward aluminum foil has not abated.  Wrapping up Thanksgiving Day leftovers promises to be entertaining, if not downright dangerous.

Nevertheless, we love her, have nicknamed her Mrs. Petmore, and, frankly, can't imagine life without her!

Many thanks to everyone who left a comment, sent an email or text, or even called to welcome me back to the blogsphere. I had no idea anyone would still read this old blog, and I am really humbled by your kindness.